A couple of months ago, Irene asked me what she should have done when she was threatened by a loose dog while taking a walk. What she did do was stand still with her hands at her side, and when the aggressive, barking dog circled behind her, she did not turn to face it, which resulted in the dog lunging forward and hitting her in the back of the thigh, and lucky for her, hitting her with what I call a threatening “closed-mouth bite” (CMB). The first thing I told Irene was to NEVER turn your back to a threatening dog. Doing so can act as an invitation to being bitten. The second thing I told her was to keep walking, always facing the dog, walking backward if necessary. If the threatening dog keeps getting closer and closer till it broaches what I call the “critical distance,” close enough that with a quick lunge it could reach you for a bite, that’s the time to stop and half-lunge toward the dog with a raised fist, yelling whatever, and threatening the dog back. Then continue walking facing the dog, and threatening him back whenever he gets too close. Having been part of a K-9 unit with the police, I can tell you the only time you want to stand still with your hands at your sides is when you’re facing an attack-trained dog. Irene took my advice, and sent me the following letter a couple of days ago.

You may remember I was attacked by a large brown dog on East Chop, and you turned my query to you into an MV Times column, giving great advice about what to do in such a situation.

Last week I was attacked again, by two very small, unleashed dogs at Menemsha. But I had your good advice at hand and in mind, so everything worked out well.

I was walking back to the parking lot from a beach walk, and there were two seniors with two very small dogs on the beach. I watched one of the dogs relieve itself, and the woman standing by didn’t kick any sand over the excrement, or pick it up.

When the dogs noticed me, one of them charged. I stood my ground and looked it in the eye. It kept making half-circles at me, and eventually charged. I raised my arm and yelled, and it backed off. It kept up. The dog would charge, and I’d raise my arm and make throwing motions, and yell. Eventually I got my phone out of my pocket and held it as if I would hit the dog or throw it at the dog, and it backed off again. And I yelled every time it lunged. Then the second dog joined the attack, making the same half-circles at me. Both were barking and snarling.

It was hard to keep eye contact with both of them, but I did my best, focusing on the one who initiated the attacks, or whichever dog was closest.

You can guess what the owners were doing. Nothing. When they did try to control the dogs, the dogs did not respond to them.

Finally they got control of one of the dogs, and then the other, and I got to my car unscathed. The owners were giving me dirty looks.

Your good advice from our prior conversation worked perfectly. Thank you very, very much. You are a treasure. 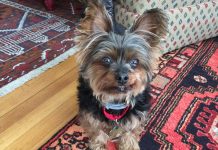 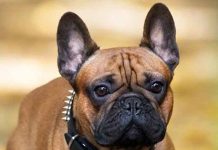 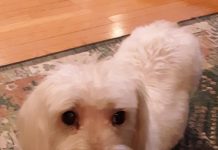