Land-taking connected to the shared use path (SUP) project in Oak Bluffs remains a subject of disagreement between homeowners and the Massachusetts Department of Transportation (MassDOT). In response to an inquiry about land-taking concerns raised by property owner Xerxes Agassipour, MassDOT stated that because their department is in the midst of negotiating with him, it cannot comment.

“The right of way process is ongoing, and we are not able to provide specific information at this time, as communications and negotiations with the relevant parties are ongoing,” MassDOT spokesperson Judith Reardon Riley emailed. “It is anticipated that appraisals will start this spring.”

In response to a question from The Times as to why MassDOT didn’t opt to enhance a pre-existing bicycle path that runs through Martha’s Vineyard Hospital property, Reardon Riley wrote it was inadequate.

“After conducting an extensive evaluation of the project area, including coordination with stakeholders, the determination was made to advance the design of the shared-use route in the new alignment, after weighing all options,” she wrote. “The existing bike route was evaluated, but unfortunately the route is too narrow, and has massive, if not impossible, environmental challenges, as it traverses a sensitive wetland area. However, the route ends on hospital property by exiting at the facility’s curb cut.”

As far as Tisbury’s issue with wastewater line costs triggered by the project in that town, Reardon Riley gave a fairly unresponsive reply: “In Tisbury, MassDOT is advancing construction, and will continue to work with representatives from the town of Tisbury and abutters to the project to address any questions or concerns, or coordination.” 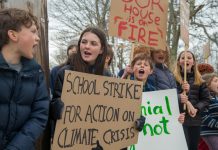