The night before my father died, he had liver and onions for dinner at the Howard Johnson’s where we were staying in Milwaukee. My dad was raised poor in Brooklyn by immigrant parents, which I imagine accounted for his fondness for such delicacies as tongue and liver. When he died the next day, during an angioplasty that was the reason for our trip to Wisconsin, I never once thought that the liver and onions caused his death. I was quite sure that 20-plus years of smoking, a genetic predisposition to heart disease, and an uncommon but known potential complication of the cardiac procedure were implicated.

My dad was an electrical engineer, a pragmatic scientist, and a quiet man with a wicked, albeit corny, sense of humor. I think he would appreciate my using his penchant for liver and onions as lead-in to a discussion about how to intelligently evaluate reports of adverse effects attributed to  pet products ranging from flea collars to dog food. The relevant concept is this; correlation does not imply causation. Wikipedia explains this adage this way: “ the inability to legitimately deduce a cause-and-effect relationship between two events or variables solely on the basis of an observed association or correlation between them.”

Recently, sensationalized stories have flooded the news about the Seresto collar, a topical flea and tick product for dogs and cats introduced by Bayer Animal Health (now Elanco) in 2012. The company estimates they have sold 25 million of these collars. Now suddenly an article appears saying the collars may have caused nearly 1,700 pet deaths and 75,000 adverse reactions. Whoa, Nellie! Hold your horses. Don’t throw away that expensive collar. It’s time for some “critical thinking.”

First, understand that anyone can report an “adverse effect” to a regulatory agency. They do not have to prove “cause and effect.” Many reports filed were about things that simply make no sense as being connected. Random things like a ruptured eardrum. Or sad difficult things that happen to animals all the time, with or without flea and tick control, such as liver or kidney failure, or heart problems. A stunning lack of understanding of science and statistics, combined with some folks’ emotional difficulty accepting the sudden loss of a pet, can lead to false associations.

NPR recently aired a story about countries suspending use of the AstraZeneca COVID vaccine because of reports of thromboembolic events, i.e. blood clots. But correlation does not imply causation. Look at the population being vaccinated with this vaccine. Look at the expected incidence of blood clots for this group normally. Old people get blood clots for all kinds of reasons. Current statistics indicate that the number of blood clots occurring in the group getting Astrazeneca jabs was the same or even lower than what one would expect in that population anyway. Liver and onions.

There is no doubt the Seresto collar may cause skin irritation and hair loss in sensitive animals, or if the collar is on too tightly. That is well documented. But according to ASPCA Poison Control, most of their calls about Seresto collars involved pets who ate them, resulting in vomiting in about one quarter of those cases. Less than 3 percent showed additional signs of incoordination or tremors. That’s all. So even when ingested, reported toxicity is extremely low. One final factor affecting this brouhaha is the sale of counterfeit collars containing different  ingredients that may be harmful to pets. Flea and tick control products are big business and where there is money to be made there are often scams. If you’re getting a price that seems too good to be true, it probably is. Buy your Seresto collars only from reputable sources.

So don’t believe everything you read, right? Right. Except sometimes crowd-sourcing does lead to important scientific information. Let’s talk about Boutique Exotic Grain-free (BEG) diets. These contain exotic proteins such as Bison, Venison, Buffalo, Kangaroo, and different carbohydrate sources such as tapioca, potatoes, fava beans, and legumes like peas and lentils. Thirty-five years ago I saw two young cats on emergency, both in acute heart failure. One collapsed on the table and let loose a bowel movement full of . . . what was that? Lentils. Further conversation revealed that the vegan family was feeding their cats a vegan diet. But cats are obligate carnivores. Without meat in their diet, they cannot produce the amino acid taurine. Without taurine, they develop dilated cardiomyopathy (DCM) and die.

Dogs are less dependent on dietary taurine for cardiac health than cats. In dogs DCM usually has a genetic hereditary cause and is primarily seen in specific breeds such as Doberman Pinschers and Boxers. But over the last 10-plus years dog owners, swayed by heavy marketing, have begun buying and feeding way more BEG diets. Then around 2016, veterinary cardiologists across the country started comparing notes about a recent uptick of DCM in dogs of unexpected breeds and ages.

The vast majority of these dogs with what is now being called “non-hereditary DCM”” were being fed BEG diets. But not all. Most had low taurine blood levels. But not all. Nutritional analyses done in 2019 found most BEG diets have similar protein and amino acids content to more traditional diets. The diets themselves were not taurine deficient. The main difference appeared to be higher fiber content, and the presence of non-traditional proteins and carbohydrates  With a return to traditional diet, plus or minus taurine supplements and cardiac medications, many dogs recovered slowly. But not all. Research is continuing but clearly there is cause-and-effect here.

What is a dog owner to do? Keep the Seresto collar. Leave the BEG diets, unless your veterinarian specifically recommends one because of documented health concerns. Educate yourself. Go to wsava.org. Click on Guidelines. Read the WSAVA Global Nutrition Committee Recommendation on Selecting Pet Foods. As for your dinner, dogs shouldn’t eat onions, but you humans go right ahead and enjoy a plate of liver and onions. My dad would approve. 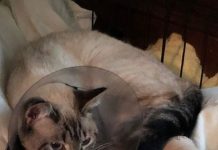