Phyllis Jampol passed away on May 3, 2021, after a long struggle with Alzheimer’s disease. 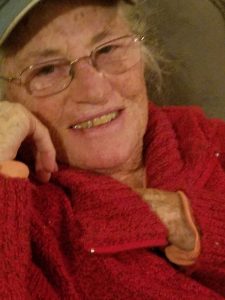 Phyllis was born in Queens, N.Y., graduated from Hofstra University, and obtained her M.S.W. from Fordham University.

She went on to a career helping people as a social worker, in service to the elderly, the developmentally challenged, and, for the latter half of her career, in the schools of the Hudson Valley region of New York, where her devotion to advocating for families was awarded and appreciated. Her work included initiating a Banana Splits program, to counsel children in single-parent families, as well as guiding couples wanting to adopt children.

Phyllis began visiting Martha’s Vineyard with her husband Steven in the late 1970s, and in 1986 they bought a summer cottage on Nashawena Park in her beloved Oak Bluffs, where she, Sarah, and Lily, spent happy times between school years. After retiring in 2005, Phyllis and Steven moved to their Vineyard home in 2007, where Phyllis could bring her energy to their gardens, the Community Solar Greenhouse, and the Island Food Pantry, as well as help daughter Lily in her horseback-riding passion.

It was determined that some quirky behaviors were signs of the beginning stages of Alzheimer’s. Despite that, Phyllis carried on, enjoying life every day, which included multiple trips to Mexico, and, above all, loving her family and friends.

We will miss her talent, warmth, and bright, golden smile.