Courtney Caesar Hall passed away peacefully at his childhood home on April 29, 2021. 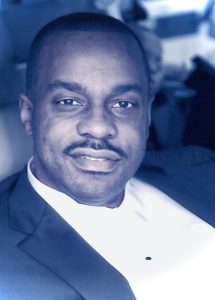 He was the greatest of human beings, who lived a life that read like many lifetimes. Courtney was an exceptional professional football player. He played for eight years as a starting offensive lineman for the NFL’s San Diego Chargers, captaining the team in its first-ever Super Bowl appearance. Courtney was a four-time NFL Pro Bowler who was inducted into the Southwest Conference Hall of Fame, and honored with the Gerald R. Ford Legends Award, among many other honors. While Courtney’s accomplishments as an athlete were many, they fail to define him fully. Courtney was indeed many things. He was a scholar, philanthropist, entrepreneur, teacher, and strategist or, as he would say, “the idea guy.”

An academically gifted young man, Courtney graduated high school at 16 as a National Merit Scholar semifinalist. He graduated from Rice University in 1990 with a dual degree in economics and managerial studies. He played four years as a Rice Owl — to be sure, the team’s 0-11 record in his final year did not reflect Courtney’s undeniable star power on the field. He was drafted into the NFL at the age of 20 by the San Diego Chargers, in the second round.

Courtney believed in the transformative power of education and the limitless opportunities it creates. At only 24, he founded the Courtney Hall Foundation, which provided direct scholarships to high school youth to teach them lessons in investing and finance. Likewise, Courtney established an endowed scholarship at Howard University School of Law to provide books to students unable to afford them.

Upon retiring from the NFL, Courtney continued his own intellectual pursuits. In 2003, he earned a dual juris doctorate from University of Chicago School of Law and a master’s in business administration from the University of Chicago Booth School of Business. As an entrepreneur, Courtney was a co-founder and managing director at Hillcrest Venture Partners. He also served as an appointee of New York City Mayor Michael Bloomberg to the New York City Campaign Finance Board. He was passionate about many things, as evidenced by his commitment to the Randall’s Island Park Alliance, Civic Builders, Fabien Cousteau Ocean Learning Center, Juma Ventures, and the Family Center, serving as either a longstanding trustee or board member of each. Courtney was recently invited to serve as a member of the Rice University board of trustees, and proudly served as a visiting fellow of the National Security Institute at the George Mason School of Law. Courtney was particularly dedicated and committed to the people and mission of the impact-driven organization, GenNext. But of course, Courtney described himself best when he said, “I have a love for science and math — ‘Star Trek,’ of course, not ‘Star Wars’ — the arts (I was a docent at the Museum of Contemporary Art in San Diego), and language: I tried to teach myself Japanese, and took a French class, both during the NFL season; a former musician — playing piano and saxophone as a youngster, and taught myself the flute during law school. Musicals are my guilty pleasure. I’ve seen “Carousel” at least 100 times. I also enjoy reading historical books by notable authors, Meachum, McCullough, Goodwin, Chernow, to name a few.”

Above all, Courtney was a gentle giant, adoring husband and father, and loyal friend with a loving soul.

In life Courtney was a beloved husband to LaShann DeArcy Hall, the loving father of Terence, Alexander, Rachel and Jayden, and a devoted son to Doris Hall and his late father William Hall.

Burial service will be held at the Oak Grove Cemetery in Oak Bluffs on Saturday, May 15, at 2 pm.