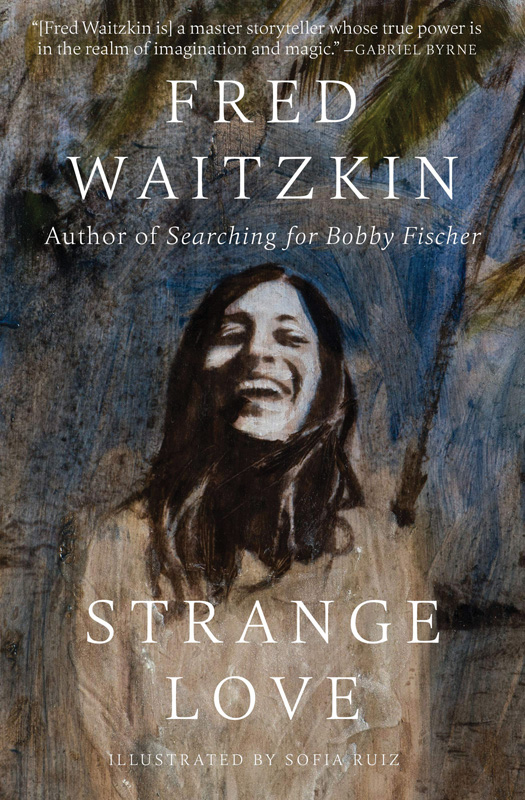 “Strange Love” is both a strange and lovely new novel by Fred Waitzkin. It’s a complex story, riven with threads of disillusionment, self-deception, wacky and ironically funny twists.

Certainly it’s been a strange year for Waitzkin, who was astounded to see his now-classic debut title, “Searching for Bobby Fischer,” skyrocket to the top of New York Times bestseller list 33 years after its initial bestseller status.

As he explained in a call with The Times last week, “‘The Queen’s Gambit’ Netflix miniseries about chess is responsible. I watched it, enjoyed it, then a friend called and told me to check the Amazon bestsellers and there was the Fischer book at the top again, 33 years after I wrote it. Astounding,” he said. Indeed, it’s unlikely many of the new buyers were alive when “Bobby Fischer” was first published.

Now comes “Strange Love,” his fifth novel, the story of a late-middle-aged man in love with a young woman in Fragata, a past-its-prime fishing village in Costa Rica known for its beautiful women.

Both would-be lovers are disillusioned, discontent with the condition of their lives.

He had a bombshell first novel 35 years, couldn’t get the next one published, and has spent 30 years bumping on the creative bottom. Shuttling between New York City and Costa Rica, our nameless protagonist supports himself as a rodent and pest exterminator in the Big Apple. Abundant demand.

And Rachel. Ahh, Rachel. She’s been the catcher in the rye for her family, including a critical and wacky mom, younger sister Sondra, and Sondra’s manchild son, Silvano. She has never lived off the island, but did a year of medical school before leaving to care for her family.

The author is mesmerized by Rachel, most powerfully by her talent as a storyteller. Each night they sit in beach chairs while Rachel tells her story. They hold hands, kiss briefly. They do not sexually consummate their relationship.

The author allows Rachel to believe he (still nameless) is still a big-time writer who will tell her story to the world. Rachel is a great storyteller. Her truths are authentic. She is focused on giving them life. Rachel seldom lies, and when she does, generally they are pragmatic decisions to achieve her goals. The question for the reader is whether she loves the author enough to make a life with him.

“Strange Love” is a story of the insides of people. We get to look at their souls, but it’s also funny and offbeat, loaded with quirky people and a bizarre tropical island culture. Sammy Davis Jr. makes a cameo appearance, for God’s sake.

Our hero’s best pal is a fellow exterminator in Manhattan, an ordained Methodist minister with two master’s degrees and a doctorate who believes he is called to this work. “It’s the work I was meant to do,” he says.

All these full-blooded characters kept reminding me of a line from film critic Roger Ebert in his review of the “Bobby Fischer” film: “What makes us men is that we can think logically. What makes us human is that we sometimes choose not to.”

The Times caught up with Waitzkin by phone last week in Costa Rica, where he was visiting his son Josh, the chess wunderkind who gave life to “Searching for Bobby Fischer.” We asked him why this book feels different from his other novels.

“For me, writing a book means finding a subject I fall in love with. I am always panicked I’ll never find another,” Waitzkin said. “In a funny way that relates to this book and the author. Rachel has a talent he no longer has, the gift for storytelling. I have always been a meticulous writer, taking two days on a paragraph. But I wrote ‘Strange Love’ quickly, and found that writing quickly presents ideas we would not have thought of.”

We wondered where the character Rachel came from — someone in his life, or was she a complete fabrication?

“Rachel’s character has always intrigued me: the idea that people who are not privileged are so talented,” he said. “Great storytellers who’ve never been to a writing workshop. Believe it or not, Shuman Li, a Chinese-born woman who worked in a coffeeshop I frequented years ago on 29th Street in New York was the inspiration for Rachel. Her parents left her alone in the house to work in faraway places. At 8 years old she learned to cook, go to school, manage her own life. She told me her story over time. Like Rachel, she had wonderful, riveting stories, but no one to tell them to.”