John F. Spindler of Tempe, Ariz., and West Tisbury died peacefully, from complications of COPD and heart disease, in Tempe on June 3, 2021. 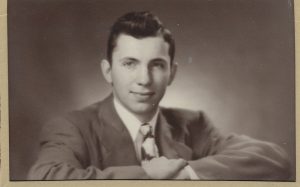 He was born on August 23, 1929, at Columbia Hospital in Milwaukee, Wis., to Margaret Elizabeth Knauf Spindler and Howard Leo Spindler, their first child. He spent his early life in Milwaukee. As his father Howard moved for work with American Standard Corp., John lived also in Richmond, Va., and Baltimore. His high school years found him in Mount Lebanon, Pa., where he met his future wife, Martha Ann Murdoch. While he moved frequently, some of his most vivid, joyful memories were of summers in Wisconsin with his Knauf and Spindler grandparents and cousins at Cedar Lake in Kiel, and Okauchee Lake near Sheboygan.

John was a man of enormous energy and inquiring mind, leavened by the ever-present twinkle in his eye. He was valedictorian of the class of 1947 at Mount Lebanon High School. He was admitted to an accelerated program, and graduated with a B.A. with honors from the University of Michigan College of Literature, Science, and the Arts in 1951, followed by a J.D. with honors from the University of Michigan School of Law in 1952. He was admitted to the bars of Michigan, Connecticut, Pennsylvania, and Florida.

Throughout his academic career, he continued his courtship of Martha Murdoch, riding his motorcycle between Ann Arbor, Mich., and Cleveland, where she attended art school, in all weathers and through many adventures. They married June 26, 1952, in their hometown of Mount Lebanon.

John was commissioned as a second lieutenant in the Quartermaster Corps of the Army through R.O.T.C. in 1952. Called to active duty in September 1953, he was an honors graduate of the Quartermaster School in Fort Lee in Virginia. He transferred to the Army Judge Advocate General’s Corps, and served in the procurement branch of the litigation division in the Office of the Judge Advocate General in the Pentagon from March 1954 to December 1956. He never lost that Army posture or marching pace, as his children, who often scrambled to keep up with him, can attest.

His life work as an attorney began in 1956 when he joined the Connecticut law firm of Cummings & Lockwood as an associate attorney. John was a great teacher, and earned the T shirt he often wore that said, “Everyone is entitled to my opinion.” He especially enjoyed mentoring young lawyers in legal analysis and writing, and often consulted with his partners on issues of professional liability and ethics. John became a partner of Cummings & Lockwood in 1963. His special focus was breaches of fiduciary duty by trustees, and fights for control of both publicly and privately held corporations. He served as a member of the ethics committee of the Connecticut Bar Association. He was a partner of Cummings & Lockwood for more than 50 years.

John also used his legal talents in service of his family and local organizations. For more than 50 years he was a general partner with his wife Martha’s cousin, William Murdoch Jr., in the management of the Murdoch family partnership, Murland. Their efforts benefited family members greatly.

On Martha’s Vineyard, he researched and wrote a real estate covenant for a road association to improve and maintain Charles Neck Way, Vineyard Meadow Farms, and Waldron’s Bottom Roads.

He loved history, and was a member of the Martha’s Vineyard Museum. He served as a trustee of the Stamford Museum in Connecticut for many years, and was an enthusiastic participant in Stamford’s Civil War Roundtable.

John was a very active member of the Al-Anon organizations of Stamford and Martha’s Vineyard. On the Vineyard, he volunteered his time with other Al-Anon members at the Edgartown jail, offering prisoners new perspectives along with his personal story. He credited his Al-Anon participation with greater self-awareness and serenity in his later life, and said joining Al-Anon was the best thing he ever did.

John was a supporter at its inception of Holy Spirit Church in North Stamford, Conn., and sang cheerfully and loudly with its choir for many decades. He died strong in his Roman Catholic faith.

Singing gave him great joy, and he could often be heard humming at his desk. He sang with the Foretravel RV groups on trips around the country, his church choir in St. Augustine, Fla., and with a choir at Friendship Village in Tempe.

John was the quiet glue of the Spindler and Murdoch families, calling, helping, offering support to one and all as he traveled the country keeping family connections strong. His belief in the power of family connection was most evident in his purchase of a summer home on Martha’s Vineyard in 1984, a place where members of the extended family, now scattered across the country, could gather together.

He was preceded in death by his wife, Martha Murdoch Spindler, and his son John F. Spindler Jr. He is survived by his children, Susan Spindler Nelson and her husband James M. Nelson of Ipswich; Elizabeth Spindler of Melbourne, Fla.; and Robert P. Spindler and his wife Linda Brown of Tempe and Quemado, N.M.; by his cherished grandchildren, Amy K. Nelson, Robert J. Nelson, Dylan Shearer, Emily Spindler, and Rebecca Spindler. To his great delight, he was also the great-grandfather of Naomi and Natasha Nelson and Alan Shearer. Also surviving him are his dear sister Margaret Spindler Strauch and her husband Dr. Gerald O. Strauch. He was graced with many nieces and nephews: David Strauch, Susan S. Manglano, Jeanne S. Myers, Bradford Schott, Sarah Schott Lebar, Lisa Compton Shertz, and Mark Compton.

The family is very grateful for the support and assistance of Horizons Geriatric Care on Martha’s Vineyard, and the staffs of Friendship Village and Hospice of the Valley in Tempe. They greatly eased his way.

A celebration of John’s life will be held at a later time, when COVID-19 has relaxed its grip, and family and friends can more safely come together.