Oh, I remember it well: Getting three kids dressed for church by myself and walking literally next door to St. Anne’s Church in Parish, N.Y., on Sunday mornings. It wasn’t far to go, but as the kids got older, it seemed like the last thing they wanted to do. That walk next door felt like a much longer hike as the years went by. I think if there were a single magical formula that would keep people in church from cradle to grave, every pastor would be happy and successful. We haven’t found that magic bean, so they work to come up with programs and plans to keep folks, especially young people, interested and willing participants every Sunday.

It reminds me of the biblical parable about the mustard seed: “It is like a mustard seed that, when it is sown in the ground, is the smallest of all the seeds on the earth. But once it is sown, it springs up and becomes the largest of plants, and puts forth large branches, so that the birds of the sky can dwell in its shade.” And another parable says that even if you possess a tiny bit of faith, the size of a mustard seed, you can move mountains. I think planting that seed must be the goal of every pastor.

One way to do this is to have a pastor or minister at the church who specializes in ministering to children and young people. I watched some very good youth ministers at some of the churches in my prior diocese. Mostly I noted that they were fun, open to discussion about pretty much any topic, and they were accepting and not judgmental. And wouldn’t that also make a good set of characteristics for all of us, by the way?

The Rev. Matthew Splittgerber, pastor of the Vineyard Assembly of God Church, sent me an email telling me that his church had recently hired Jeffrey Clark to serve as youth and children’s pastor.

“For us, the timing of hiring our first youth/children’s pastor was perfect,” Splittgerber wrote in the email. “During the pandemic, we completely shut down all of our teen and children’s programs, and focused on the basics. As we emerged from the pandemic, we found that we had experienced growth from a number of younger families with teens and children attending the church, while at the same time having both our teen and children’s ministry coordinators step down from their positions — one due to ill health, and the other due to having their Island home sold from under them and being forced to relocate off-Island. Since we knew that these changes were coming, we had been planning this pivot in the church’s direction for several months.”

Clark is just 22 years old, and a new graduate from Northpoint Bible College in Haverhill, and, like many youth ministers, he was inspired by a youth minister in his own life. “I think that growing up, it was extremely helpful to have a youth minister I could go to, and people my own age to understand where I was at that stage of my life. And to support one another,” Clark said when I talked to him by phone over the weekend.

He’s been at the job for just a few weeks and says he likes it here so far. Clark is originally from Middletown, Conn., and said that he thinks the Island is “really peaceful and very easy to get around. It’s very small, so there is a little culture shock from what I’m used to.”

Clark told me that he was thankful that the youth minister he had when he was younger was someone he could ask “the tough questions.” He’s not experienced that yet here, but he’s ready.

“Leading people to Christ and seeing them build their relationship with him and with each other, that’s what I’m looking forward to,” Clark said.

At Vineyard Assembly of God, Clark will minister to ages 8 to 18. At the start, he said, he plans to focus on prayer with the young people. Pastor Splittgerber said that they are happy to have Clark at the church. “We believe it is important for us to invest heavily in our teenagers and children; after all, they will be the church of tomorrow,” he said. “However, they can’t wait until tomorrow to know that their lives, their struggles, their questions, their needs, their dreams matter. Taking the step of hiring a youth/children’s pastor sends the message to our community, to our families, to our young people that they matter to the church of today.”

On Saturday, June 12, at 7 pm, Beacon of Hope Church sponsors an informal Q and A with the Rev. Hanna Massad, outdoors at an Edgartown residence, 48 Dodger’s Hole Road. Massad will also speak the following morning at 10 am at the church, 176 Katama Road, in Edgartown. According to a press release from Beacon of Hope Church, Massad was born and raised in Gaza City, where he later was pastor of a Christian church. After the murder of a co-worker, Massad evacuated his family from Gaza. While still in leadership there, he and his organization, Christian Mission to Gaza (cm2g.org), also work with Iraqi and Syrian refugees in Jordan.

For more information about the session, email beaconofhopepastormv@gmail.com or call 774-310-3343. 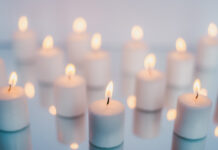 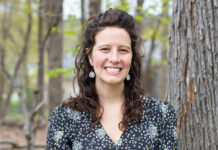 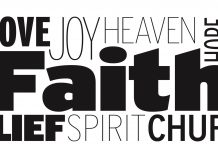