Therese Katherine (Allen) Wheeler, 51, passed away quietly in her sleep on August 2, 2021, at the West Roxbury VA hospital. She was born Dec. 30, 1969, to Stewart Allen and Elizabeth Turcotte Allen at Martha’s Vineyard Hospital. 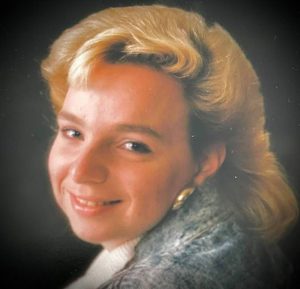 Therese attended Tisbury School and graduated from Martha’s Vineyard Regional High School, class of 1988. After graduation, she enlisted in Basic Training in the US Army, Fort McClellan, Anniston, Ala. She married Charles M. Wheeler III in 1992, where they were both stationed in Seoul, Korea. Therese gave birth to a son, Charles M. Wheeler IV, in Tacoma, Wash., who died when only 8 days old. Later they had another son, Joseph, and a daughter, Sabrina.

After her marriage ended, Therese spent many years in and out of VA Hospitals being treated for severe depression. She is survived by her mother, Elizabeth F. Allen, her sister Betsy, her brother Chris, and her two children, Joseph Wilk and Sabrina Wheeler. She was predeceased by her father and her brother Tommy.

A private burial has been arranged. Prayers for Therese and her family are appreciated.