The Fair is like that middle page of The Very Hungry Caterpillar, where the caterpillar, who has eaten healthy fruits and vegetables Monday through Friday, comes to Saturday and eats his way through “one piece of chocolate cake, one ice cream cone, one pickle, one slice of Swiss cheese, one slice of salami, one lollipop, one piece of cherry pie, one sausage, one cupcake, and one slice of watermelon.” This summer, I’ve had salads and sprouts aplenty, some good whole-grain bread, hummus, and fresh fish. Now it’s time for the Fair, though, so break out the fryolator.

When I go to the Fair, there are certain foods on the must-eat list, a few more that are things I like to get, and always some new things that I want to try. But with over twenty food and beverage booths in the booth area, plus the carnival section which has the fried dough, cotton candy, and more, I never get to everything, but I try. Every now and again, I’ll even wind up there early, in time for breakfast. If you’re at the fairgrounds before the gates open, there’s not a lot to eat, but usually there’s something. Until a few years ago, the West Tisbury Fire Department booth made breakfast sandwiches. This year, The Good Farm will be selling egg and ham sandwiches with pimento cheese, and local fried chicken, too.

Come lunchtime, the volunteer firefighters’ burgers and hot dogs are the first mandatory stop. This is the fire department’s big annual fundraiser, and if you live in West Tisbury and use matches in a house made of wood, making this token gesture of support is the least you can do. Also, it’s a pretty tasty way to start your Fair food journey. I usually get a loaded cheeseburger, but sometimes I’ll go for a hot dog. I also look forward to the smoothies at the next booth over, but unfortunately the smoothie guy was not able to make it this year, so I’ll try out the Drink Shack for an iced chai or a mint lime soda.

Meanwhile, my husband and son will be over at Bill Smith’s Clambakes, ordering up deep fried twinkies, which, frankly, are too much for me. But if the kids are still into cotton candy, I’ll steal a bite as we weave through the games and check out the rides. While we’re in the carnival area, I’m likely to grab a fried dough at some point. I prefer mine relatively plain, with cinnamon sugar, but there are more toppings to choose from, and I’ll think about trying one, then just get the cinnamon sugar again.

Once the burger and fried dough have settled, and I’ve taken a trip through the hall to see who won the blue ribbon in adult cakes and pies, there might be room for a snack, or maybe dinner already. I always get tempura, and usually share it with someone, but it looks like the tempura booth may not be here this year. I’ll make do with cheese fries, which are also vegetarian, right? Not vegan, though. If you want to eat something that’s not deep-fried meat, you’re in luck. Holly Lawyer at Bon Appetit will be serving up a selection of gluten free and vegan foods. Two regulars from the West Tisbury Farmers Market will also be at the Fair with mostly-healthy treats: Kombucha from Katama Brewing is refreshing and full of probiotics, to whet your whistle and help digest all the greasy fried food, and Yommi popsicles are naturally sweet. I haven’t tried all of the flavors, but I will before summer is out.

Sadly, the Island Children’s School ice cream stand won’t be here this year, and a few other local stalwarts are absent, including Josh Aronie’s Loco Taco and Cozy’s Last Stand. Barbecue Bill’s isn’t here either, but in its place the Golden Bull Brazilian Steakhouse of Vineyard Haven is featuring selections from their menu, including coxinha, yucca fries, meat skewers and the chef’s specialty beef ribs. I don’t know where to begin, but I’m reassured that there will be plenty of tasty skewers of meat for those of us who are into that kind of thing.

Another new thing I’m looking forward to is the pop-ups at The Mermaid Farm airstream trailer. There will be a different chef each day. I’m not sure who’s coming on Thursday and Friday, but Olivia Pattison of Mo’s Kitchen will be there on Saturday with freshly roasted pigs for pork sandwiches. On Sunday, Krem Miskevich is going to be making farmer’s cheese and potato pierogi with caramelized onion and herbs, braised meat, and pickled slaw, all using lots of fresh local ingredients. If all that food makes me sleepy, I’ll take a trip over to Floaters for an espresso float or hot coffee… and maybe stop for strawberry shortcake on the way. I haven’t even gotten to Deon’s yet for the jerk chicken, and there’s kettle corn, Italian ice, and more sandwiches.

After the Hungry Caterpillar’s feast, he has a stomachache, and I’m going to have one too if I check off every item on my list. But it will be worth it, even if I don’t turn into a butterfly at the end. The fair is a good time for a bit of excess, and I can eat salad and drink plain green tea on Monday. 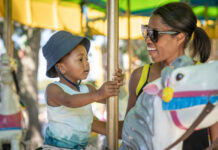 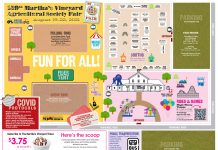 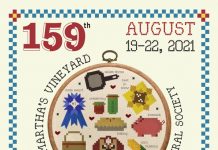