The Aquinnah select board approved an increase for dock leases in Menemsha during a meeting Tuesday.

The leases are currently $450 per year, and will gradually increase to $750 the first year and rising to $950 in the third year. This price increase will not cover the water use of the fishermen, which costs $350 annually, with an initial charge of around $5,000, according to fisherman Buddy Vanderhoop.

“It’s hard to make a living these days down there, with the price of everything going up,” said Vanderhoop, pointing to the various expenses fishermen have to cover themselves, such as water, oil, and repairs to their own docks.

“It’s a balancing act,” select board member Tom Murphy said. He pointed out how the town tries to raise as much revenue as possible to decrease the amount of taxes its residents pay.

The dock leases are meant only for commercial fishermen, but there were some issues with the wording.

Wendy Swolinzki, one of the meeting attendees, pointed out she has a lease but wasn’t exactly a commercial fisherman anymore. Swolinzki was a commercial scalloper when she got the lease.

Town administrator Jeffrey Madison didn’t really want to change the wording, worried it could cause misunderstandings as to who is allowed to take out a lease at Menemsha. “If we go there, there’s going to be some big changes. I would rather not go there. We have a situation and it works fine. Everybody’s fair and it works fine. So let’s just keep it working fine as much as we can, and not get into the nitty-gritty of licensure. It is what it is,” said Madison.

In other business, select board members were told that the Gay Head Lighthouse will most likely be closed after Labor Day weekend. Deborah Medders, the town’s tour coordinator, suggested ending the tour season on Labor Day Monday for a couple of reasons. First, the lighthouse is lacking in the staff it needs to continue operations as it usually did. Second, according to visitation records Medders took, the number of people coming to the lighthouse “drops off significantly” after Labor Day weekend.

Madison agreed with this assessment. The lighthouse is also looking for a new lightkeeper. Lenny Butler, chair of the Gay Head Lighthouse Advisory Committee, is conducting interviews with the candidates. The former lightkeeper, Richard Skidmore, retired in July after a 30-year career.

The select board will also be looking at increasing the fines for illegal parking. Currently, the fines are $50 for illegally parking at Philbin Beach, and $25 for illegally parking at Aquinnah Circle near the lighthouse. “There’s no incentive for them not to do that,” Murphy said, pointing to the relatively low fines. He suggested raising the fines to $100, but this will have to wait until next year because the tickets need to be printed. West Basin Road also faces illegal parking issues, but this was deferred for discussion next week.

Meanwhile, a couple of appointments were made. The select board unanimously approved the appointments of Kathy Olsen as Aquinnah’s Up-Island Council on Aging representative, and Jay Theise to the zoning board of appeals. The town is still looking for people to join the personnel committee and an Aquinnah representative for the Martha’s Vineyard Cable TV Advisory Committee. 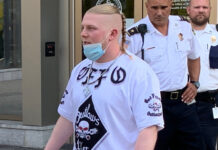