David B. Butchman of Vineyard Haven died on Sept. 2, 2021, of cancer at the Martha’s Vineyard Hospital. He was 75 years old. 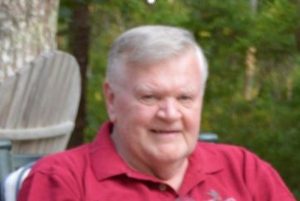 He was born on Dec. 13, 1945, in Framingham to F. Harold and Gertrude (Archer) Butchman. He graduated from Natick High School in 1963. David attended UConn and took evening courses for business administration at Northeastern University. David lived in various states, including Long Island and Yorktown Heights, N.Y., and New Jersey, before settling on Martha’s Vineyard in 1983.

David held many jobs over his lifetime. He worked for Shawmut Bank in the Empire State Building during the 1970s. He worked as a realtor for Cape Cod Realty for many years. On the Island he worked as a bank teller and at the movie theaters, then ended his career at the Martha’s Vineyard Hospital, supporting the medical records department.

David enjoyed spending his free time gardening, collecting coins and rare bills, playing cards, and reading mystery books. You would never see David without a good book close by. He always had one if not two books going at the same time. He was also a big fan of Wallace Nutting colored photos. His favorite pastime was being on the golf course. He was always up for a round of golf with his brother. David had a great sense of humor, and enjoyed making others laugh with his witty comments.

David is survived by his older brother Alan and wife Gillian Butchman of Seattle, Wash., and Oak Bluffs. He leaves behind three children, Christopher and wife Michelle Butchman of Londonderry, N.H., Jennifer Butchman of Killingly, Conn., and Andrew and wife Kristy Butchman of Worcester; eight grandchildren, Nicole, Cameron, and Aidan Butchman of Londonderry, along with Michael, Megan, Morgan, and Matthew Graham and Joseph Butchman of Killingly, Conn. David also had two nieces whom he adored, Alycia Lamb and her husband Adam Wilson, and Amanda and husband David Weaver, all of Seattle. He was predeceased by his father, F. Harold Butchman, who died in 1985, and his mother, Gertrude Butchman, who died in 1992.

A private service will be planned by the family to honor and celebrate David — a son, a brother, a father, a grandfather, an uncle, and a friend.

In lieu of flowers, donations can be made to the National Cancer Society in David’s honor, online at donate3.cancer.org.