The answering service relayed the message to me at 7 pm by quoting the client’s exact words — her dog, Mako, had eaten “a ridiculous number of vitamin D gelcaps.” Well, that can’t be too bad, you say. It’s just vitamins, right? Wrong. There’s an old toxicologist’s saying: “The dose makes the poison.” Never has that been more true than with vitamin D. In small doses, it is a necessary nutrient. In large quantities, vitamin D is poison, commonly used to kill rats and mice. It works by causing hypercalcemia, i.e. extremely high levels of calcium in the blood. That calcium then gets deposited into many tissues, particularly the kidneys, leading to cardiovascular problems, acute kidney failure, and death.

I wasn’t sure what constituted a “ridiculous amount” but since the toxic dose is determined by body weight, my first thought was “I hope it’s a big dog.” My second thought was “The last ferry leaves in less than two hours.” There were several steps we needed to take here, immediately, but after that, this dog needed to spend the night off-Island in a veterinary ICU with extensive additional care and monitoring. Something I was not equipped to manage at my little practice. I started the ball rolling, texting my assistant, Fawn, to come in, then calling the owners.

“How big is Mako?” I asked. “About 15 pounds,” was the reply. My heart sank. Not much bigger than a few rats. Mako was in trouble. We had to start with immediate decontamination, i.e. removing as much of the poison as possible by inducing emesis. In other words, I needed to make him vomit. Then we had to get him on the ferry. Tonight. I looked at the clock. I looked at the ferry schedule. It was tight but doable. Mako’s owners were game to go. “Grab your toothbrushes and an overnight bag and come to my office.”

Mako got here before my assistant, but I was ready to work with him solo until Fawn arrived. The owner came to the door, handed me Mako’s leash and a pair of Kevlar gloves. “Take these,” he said. “He bites.” I waved him away. I’ve been doing this for 40 years and have handled a lot of snippy little dogs. I didn’t know Mako, since I’m not his regular doc, but all I had to do was deposit a tiny piece of a pill called apomorphine into his lower eyelid. That’s right. In his eyelid. Apomorphine is rapidly absorbed through the conjunctiva and makes most dogs upchuck within minutes. I would just slip a muzzle on him for a moment.

Wrong. Mako trotted in happily but as I reached to pick him up he turned into a snarling, snapping terror. I tried again. Nope. This wasn’t happening and time was of the essence. I went outside and talked with Mako’s owners. They were both Covid-vaccinated so they donned their masks and came inside. Together we got Mako on the exam table but if anyone, even his loving owners, went near his face, he lunged and attacked very aggressively.

His owners showed me the now almost-empty bottle of vitamin D. It was a big bottle, 250 gelcaps. There were just 20 left inside. Mako had gotten the bottle open on the floor. “He was eating them like candy,” his mom said. Clinical signs of cholecalciferol poisoning usually occur within 12 to 48 hours after ingestion starting with anorexia, lethargy, and weakness, then progressing to vomiting, constipation or diarrhea, bloody stool or vomit, excessive drooling, hind leg paresis, cardiac arrhythmias, abdominal pain, and hyperthermia. As calcium deposits into the kidneys, renal failure occurs. There is no antidote. The off-Island ICU could provide supportive care once he arrived there, but his best hope for survival started with immediate decontamination. How was I going to make him vomit? I couldn’t touch him. His owners couldn’t touch him. I couldn’t even give an injection. Every minute that passed, Mako was absorbing more vitamin D. Maybe we could get him to drink a dose of hydrogen peroxide in milk? That sometimes works to induce vomiting.

Fawn had now arrived and was quietly watching from the doorway. “Would you like me to see if I can help?” she offered. We had already tried many techniques, strategies, and kinds of muzzles but one thing I know is that Fawn is very good with aggressive dogs . . . and she’s far braver than me. “Give it a try,” I agreed. “Just don’t get hurt.” Working in tandem with his owners, Fawn stood quietly behind Mako and very, very slowly managed to loop a soft leash around his snout, then swiftly pulled it tight. His owners jumped in, pulled our nylon muzzle over Mako’s nose and Fawn snapped it closed. Success!

Five minutes later, Mako vomited a huge wad of gelatinous, partially digested vitamin D — easily 80 to 100 gelcaps. You’ve never seen four people so happy to see a pile of vomit. But we couldn’t be sure that Mako had emptied his stomach completely. He still needed overnight hospitalization, intravenous fluids, multiple doses of activated charcoal, baseline blood work followed by monitoring of his calcium, phosphorus levels, as well as a number of other parameters. We rushed the family out the door to race to the ferry.

The following evening I got an exuberant text. “He’s coming home!” Mako had survived. So many people had contributed to this happy ending. The owners, who dropped everything to get emergency care. The toxicologists at Pet Poison Hotline. The Steamship Authority. The staff at Cape Cod Veterinary Specialists who handled Mako’s anxious aggression with expertise, managing to place an intravenous catheter, give fluids for 24 hours, and do all the necessary treatments and monitoring. But most of all Fawn, who quietly lassoed and subdued this little shark just long enough that we could proceed with the critical first step of rapid decontamination. With that one simple act, she saved his life. Heroic. 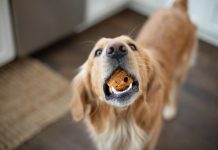 Visiting Vet: ‘My dog is choking!’ 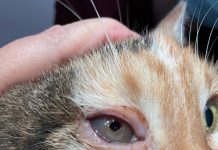