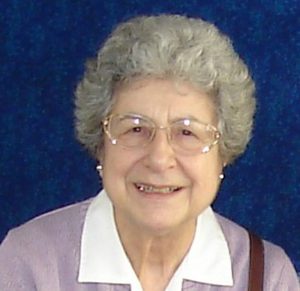 She was born Concetta Spadafora on May 26, 1928. Part of a large family, she was the seventh of nine siblings, and was the last to be born in Italy. Her father, Antonio, had immigrated to the U.S. to establish a business in Philadelphia. He moved her mother Maria and the family there when Connie was 18 months old. She lived in Philadelphia near her siblings until she was 20, when she married Theodore Lowe Sr. She worked several retail and secretarial jobs to help support her husband while he studied for his Ph.D. at the University of Pennsylvania. Shortly after he graduated, they moved to Ohio, and had the first of their two sons, Theodore Lowe Jr., in 1957. In 1961, they had their second son, Erik Lowe. From there, they moved to Worcester, where they lived for five years, and then to Fayetteville, N.Y., where she lived for the next 50 years.

One of the constants in Connie’s life was her love of family and children. Even as a young woman, she was known as the one who cared for her nieces and nephews, dressing them up and marching them around in make-believe parades, plays, and pageants. She loved singing songs, hosting parties, and if she had a listener, would stay up all night long telling tales of family and adventures. She was a voracious reader with an amazing memory, and she could recite full poems that she memorized in school many decades later. She loved cooking and sharing meals with her family and friends. She passed this appreciation of food and tradition, as well as the popular family recipes, on to her sons and grandchildren.

Her love of children led her to go back to school to get a degree in early childhood education later in life. She worked in a local preschool for a number of years. She and her husband enjoyed traveling, and after he retired they spent a great deal of time taking international tours, and also organized tours for others. Connie loved to meet new people, and could make lasting friendships wherever she went. She appreciated the importance of civic engagement, was active in the League of Women Voters, and was involved in her community as a member of the local board of assessors. A devout Catholic, she regularly attended church, and was involved in her congregation, the Church of the Immaculate Conception, as editor of the newsletter, as a lector, and Eucharistic minister for decades.

Connie leaves behind her two sons, Theodore and Erik, and their families, as well as her only remaining sibling, Anthony (“Sonny”) Spadafora, of Ocean City, N.J.

A memorial Mass will be held on Friday, Oct. 8, at 11 am at St. Augustine’s Church in Vineyard Haven.