I am a member of the Oak Bluffs affordable housing committee, where I am one of, across the Island, perhaps only a handful of renters to serve on such a committee and, likely, the youngest (29). Additionally, I worked in a variety of capacities for the Island Housing Trust from June 2019 to June 2021.

I moved here to try to live here year-round shortly after I graduated from college in 2017, September 2017. I didn’t have any family connections here at all. I moved here to take a job. I worked at the Martha’s Vineyard Film Center for a year. I previously interned there for a couple of summers, and that’s how I came to learn about the Island and be intrigued by it.

I knew beforehand it would be difficult. I’d searched for summer housing before with some friends, way back in 2013, and that was difficult then, when we were willing to pay what at least I think was exorbitant prices at $1,000 each or more to share a room. I’d never been here in the off-season. I’m someone who is willing to try to make it work. It was known to me then that until you’re in the day-to-day trenches, searching, living the experience, you really don’t understand how difficult it is not only to find a place, but to find a quality place to live.

That’s something that’s very common practice, not only for your potential new landlord, but as a tenant as well. People feel so pressured to secure a rental that they’re willing to say things like “I’ll pay you all the money up front,” which is to me where it’s coming from the tenant. You can trust me. So they’re willing to go beyond what is the legal limit for a rental over 100 days or more. If people are renting from mid-May to mid-October, which is a common seasonal rental, that’s more than 100 days, so you’re not supposed to charge or even pay someone more than first, last, and security and the price of a new lock and key.

What my roommate and I found for summer housing after our winter rental was expiring — since the property was going to be rented at about $3,500 per week — was that this was common practice. We ourselves were prepared to do it as well, but in some instances it was so exorbitantly priced — some people wanted $16,000 up front. That was just unattainable. It obviously locks you out of the market.

One thing I see as an issue is that it makes people who have a more predictable income compete against people who make a lot more money, or people who are just coming here to live seasonally and not sustainably beyond three months, so they’re willing to throw a bunch of cash ahead of them because they know they’re going to leave eventually and make a lot of money in the service industry.

It leaves people susceptible to being scammed. That same spring we were looking for housing, and people who weren’t scamming us were looking for a lot of money up front. We found a fake property. This person was [advertising] on Craigslist to ask people to put up a lot of money up front to rent this property, and the only thing that threw us for a loop was that they were asking us to wire the money, but then asking us for 50 percent up front. That wasn’t a red flag. It brought us closer to sending them money than we would have otherwise.

I’ve only been on the [Oak Bluffs affordable housing] committee for a year, and there isn’t that much opportunity — at least on this committee — to get into that kind of work [of exposing scammers]. But we do a lot of good work on the building of housing units in terms of bringing this stuff to light, and doing anything at the local level to change it. It’s something that pushes me to at least put myself in a position to share those things, should the opportunity arise.

I supported both [housing bank] efforts. But at the same time, I don’t see … Let’s say everything goes perfectly, the bills get passed, and the housing bank gets started, solutions to building more affordable housing are funded better, and able to be completed. That’s a slow process, and will pay dividends in the long run, but things are more than really bad right now. My interest in housing when I talk to my peers and hear people’s stories and share my own — which I luckily have more secure housing now, so I don’t have to deal with it season to season — there isn’t much infrastructure to help people with those problems now, and it’s more than just that one issue I highlighted. The housing bank will slowly solve those issues when it allows more people choice. That’s a slow and good solution. It will be a bulwark of sorts, but for 10 more years we could have it getting worse and worse.

Renter displacement concerns me because out here and elsewhere, we have the double bind of affordability and availability issues. Most people will acknowledge one — ”There ain’t that much year-round housing. There ain’t that much seasonal housing.” And also you can make $100,000 a year and still not find housing. It doesn’t matter how much you can pay. It’s not a problem that you can just throw money at to solve for yourself. So what does that do? Because of the lack of availability, the lack of affordability, people will enter into these situations where they have an at-will lease or handshake agreement or verbal agreement, as opposed to a written, iron-clad lease. What we saw last year, maybe even for people who have that hard-copy lease, the property they’re living in gets sold, and they think because it’s been sold, if my landlord doesn’t own the property any more, I have to leave. That’s not necessarily the case. I think that’s what we were seeing last year is a lot of people voluntarily leaving early. Yes, they would have had to leave at the expiration of the lease, but they were still being pushed out prematurely. Most people are siloed and isolated because there isn’t a tenant’s association or any general thing that educates people on their housing rights to let them know they had a little more time to transition. A lot of people didn’t know that even if you have this handshake, verbal agreement, there are still laws that protect you because someone changed their mind and wants to break the agreement.

There are bad landlords just like there are bad tenants. People who pay a lot of money out here for seasonal rentals should have quality housing for all the money they’re putting up, or at least having things in their homes, like their showers, fixed when something goes wrong and not feel like if they bring something up to their landlords, it will jeopardize their housing. Because the landlord is overtly aware or generally aware that this person can’t go anywhere else. You take what you get kind of attitude.

Another issue is farmworker housing on this Island, which is its own beast, and comes out of this movement of businesses building their own housing and providing employees with their own housing. It’s another one of these things where you think to yourself that makes total sense — these businesses need employees, and they have the means to build housing. I’m sure in some instances it works well, but just like tying healthcare to your employment … tying housing now, which happens with farmworkers; if it becomes more diffuse where people who work office jobs or people who work well-funded for nonprofits have their housing tied to their job. When it’s going great, it’s great. But now if you find yourself in a job you don’t want or maybe you want to leave your job, you shouldn’t have to leave your job and have to worry about moving your house too. You become more and more dependent on your employment situation. It creates this terrible situation where people have to make these cataclysmic changes. 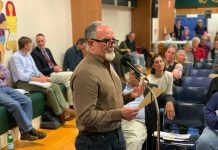 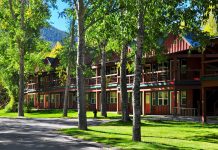 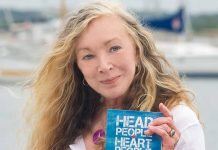