The plaques on the side of the Civil War statue in Oak Bluffs have garnered a lot of attention in recent years. But you may have overlooked one of them. It reads, simply: “Henry Clay Wade / Post G.A.R. / No 201.” Who was Henry Clay Wade?

Henry Clay Wade (1833–67) was a Vineyard boy. If you descend from our local families of Skiffe, Pease, Smith, Clifford, or Gray, you are probably related to him through his mother’s side.

His father, Capt. John Wade, was not. John was reportedly born in 1803 in New York, but at the age of 17, he joined the crew of the brig Thaddeus from Boston, transporting the first missionaries to the Sandwich Islands (now Hawaii). While there, it’s reported, Wade helped build a schooner for Kamehameha II, the second king of Hawaii.

How he came afterward to the Vineyard is a mystery, but John’s time on the Island was short. His intention to marry 18-year-old Sophronia Smith of Tisbury, a sixth-generation Islander, was filed here in 1828, and their marriage at the Baptist Church on Main Street, Holmes Hole, Sophronia’s hometown, was recorded the following year. Both records refer to John as a Boston resident, and in the second record as a “captain” as well.

After their wedding, John and Sophronia moved to Boston, where their son, Henry Clay Wade. was born in 1833. (They may have named him after the popular senator from Kentucky, Henry Clay, a former Speaker of the House and secretary of state who had run unsuccessfully for president.) While living in Boston, in 1836, John Wade filed a patent for a “method of making and furling in sails for ships” — reportedly the earliest patent for rigging sails.

By 1838, the growing family moved to New Orleans, where John became captain of the 425-ton steam packet Columbia, carrying passengers, cargo, and news between New Orleans, La., and Galveston, Texas. After the Texas Revolution of 1835–36, the Republic of Texas seceded from Mexico to become a sovereign country, so Galveston was a foreign port. And this breakaway republic was still skirmishing with its former countrymen to the south.

In addition to newspapers and flour, John Wade also transported human cargo. Slavery was legal in the Republic of Texas, as it was in Louisiana, and Wade profited from the trafficking of enslaved people to the new nation. While there had been a federal law since 1808 banning the import of slaves into the U.S., there was no prohibition on exporting enslaved people to foreign ports, including Texas. Mexico had abolished slavery nationwide in 1830, but the breakaway state of Texas had relegalized and enshrined the institution of slavery into its new national constitution. People like Pamelia, a 25-year-old New Orleans woman whom Capt. Wade transported to Texas in 1838, could not be legally emancipated and still reside in the Republic of Texas, per Section 9 of the Texas Constitution, for instance.

Capt. Wade’s clout grew. His ship had become a critical information channel between the U.S. and Texas, and he was regularly entrusted in both directions with letters and intelligence between generals and presidents.

By 1840, the Wade family moved from New Orleans to Galveston, where Capt. Wade had taken command of a new vessel, the packet ship Savannah, which could make the run between New Orleans and Galveston in 40 hours. Wade’s published shipping rates included $1.50 for a barrel of whiskey, 35 cents for a keg of lard, and $30 each for horses. A passenger ticket cost $25. (These prices were likely in U.S. dollars, not Texas dollars.) The price of transporting enslaved people went unadvertised. Wade’s ship departed Galveston and New Orleans alternately every Sunday morning at 10 o’clock.

For at least four years, Capt. Wade trafficked people of all ages from the U.S. to Texas. In 1841 alone, 17-year-old Rachel, 16-year-old Eliza, and 19-year-old Clara were all transported by Capt. Wade from New Orleans to Galveston, and there are undoubtedly many more slave manifests that went unrecorded. In one instance, Wade transported a captive man who was arrested for “suspicious conduct” upon arrival; he was discovered to have $200 and a pair of pistols on him. We can only assume that Capt. Wade’s young son, Henry Clay, may have accompanied him on some of these trips.

Skirmishes between Mexico and Texas continued to flare, and soon Wade was caught up in it as well. In March 1842, after the invasion of San Antonio by the Mexican Army, Wade was given a commission in the Texan Navy. Sam Houston, president of the Texas Republic, personally appointed Wade to the position of “lieutenant commanding Galveston Coast Guards on special service.” He was given command of the steamer Lafitte, mounted with five guns, together with 60 fighting men. On April 1, 1842, he was ordered to command an expedition to Copano and Aransas Bay to intercept Mexican war contraband, as there were rumors of a Mexican invasion. It was the same day his daughter Jennie Wade was born in Galveston.

But not long after giving birth, Sophronia departed Galveston in 1842 with 9-year-old Henry and 6-week-old Jennie on the brig Cuba, a ship bound for New York. It was towed to sea by Capt. Wade’s Lafitte. Five months later, on the next trip north of the Cuba, Capt. Wade followed, reportedly to purchase a new steamer to ply between Texas and the U.S. But off Key West, the ship encountered a late season hurricane, and all aboard perished. Capt. Wade was 39.

Sophronia and her two children returned to the Island to live in the Holmes Hole home of her mother, Lydia Smith (née Clifford). Meanwhile, Texas was annexed by the U.S., triggering the Mexican–American War.

Henry and his little sister spent the rest of their childhood on the Island. When he turned 21, Henry served as second mate on the whaling bark Atlantic, and then captained his own vessels. In 1859, he married a Cottage City woman, Almira (“Myra”) Davis, granddaughter of Parnel Newcomb (née Manter). (Parnel shared her name with her older sister Parnel Manter, one of Tisbury’s three “Liberty Pole heroines.”)

In 1860, Myra gave birth to a daughter, Nellie. But soon after her first birthday, on July 18, 1861, Nellie died of “convulsions.” Three months later, the couple still deeply mourning, Henry volunteered for the Union Navy.

He left his wife and the Island, and joined the war against the Confederacy. (His childhood state of Texas had by this time voted to secede from the Union and join the Confederacy. Former President Houston, now Governor Houston, who had commissioned his father, was deposed from office.)

In October 1861, the U.S. Navy appointed Henry Wade to serve as an acting master, a rank of a relatively junior commissioned officer. His first assignment was on the USS Kennebec, on which he participated in the decisive battle for the control of New Orleans, the Siege of Vicksburg, and blockade duty in the Gulf of Mexico.

In December 1863, Henry assumed command of the USS Gertrude, which was a captured British ship previously used to break the Union blockade of Confederate ports. Henry’s mission was to stop the import and export of products and people at the key Confederate ports of Galveston and New Orleans, where he had spent much of his childhood. Wade’s crew captured the rebel schooners Ellen, Warrior, and several others. His ultimate mission was to deny the Confederacy the ability to export the crops produced by slavery and the trafficking of the enslaved people themselves, from which his own father had once profited.

As the war ended and the difficult years of Reconstruction began, Wade assumed command of the 145-foot gunboat USS Yucca, which operated between Key West and Pensacola, Fla., as part of the Gulf Squadron. But in the summer of 1867, the Pensacola Navy Yard suffered a devastating yellow fever epidemic. Despite strict efforts to quarantine, an estimated 150 to 200 people died in Pensacola that summer of the so-called “Bronze John,” a mosquito-borne virus; many more were sickened. Ships were quarantined, and the Navy suspended all operations at the facility, but the virus raged through Pensacola. Soon the crew of the Yucca was struck as well, and on Sept. 9, 1867, Wade fell sick with the fever. Three days later, Acting Master Henry Clay Wade was dead. He is buried in Oak Grove Cemetery with his wife and baby daughter.

Historian Charles Banks described Henry Wade as a “gallant naval officer.” He lived an unusual life, which was recognized by his fellow Island Civil War veterans. More than 20 years after his death, the local vets named their new chapter of the fraternal organization, Post No. 201 of the Grand Army of the Republic, in honor of Henry Clay Wade. They met twice a month in the G.A.R. hall on Circuit Avenue.

The statue that bears his name was conceived and erected in 1892. By that time, Henry’s elderly mother had moved to Chicago to live with his Texas-born sister. Whether Henry’s widow Myra attended the unveiling of the statue is not known, but 40 years after his death, she would serve as an officer with the women’s auxiliary organization associated with the all-male veteran group, the Henry Clay Wade Woman’s Relief Corps.

During the Civil War, Martha’s Vineyard sent about 250 men to defend the Union. Of this group, a dozen soldiers and three sailors would not return home alive. Henry Clay Wade was the most senior military person from the Island to die in the Civil War or its immediate aftermath. Having returned to the ports of his childhood homes, Capt. Henry Wade helped lead the blockade of Confederate ports and helped degrade the economics of the slavery institutions from which his own family had profited.

Justin Baer is a federal government retiree living in Maryland, and a graduate of Martha’s Vineyard Regional High School. 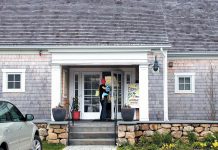 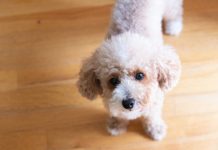