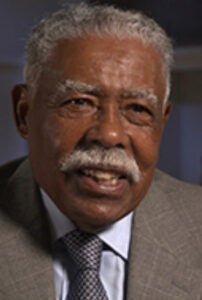 Kern received his education in the Boston Public School system, attending Patrick Campbell Jr. High School and Brighton High School, where he studied auto mechanics. While in school, Kern was an entrepreneur, establishing a very successful paper route with a hand-built cart to move his Sunday papers around the neighborhood.

Upon completion of high school, Kern entered the National Guard, where he was stationed in Fort Dix, N.J., and Fort Knox, Ky. When he returned home to Boston, Kern joined his father working in Grimes Oil, the family business. He attended business school and learned everything he could about the oil business. In 1969, Grimes Oil was incorporated. Kern became the president and CEO of the family business, which expanded under his tutelage. In 1979, Grimes Oil gained national recognition as being the ninth Black-owned business in the country. In addition to running a successful business, he was also an active community member. He was very involved with the Boys and Girls Club, as well as a board member of the Dimock Community Health Center.

Kern was predeceased by his parents, Calvin Sr. and Marguerite; and his sister, Rae V. Wells. He is survived by his loving children, Darlene Grimes of Boston, Lori Grimes of Middleboro, Kern Mitchell Grimes of Washington, D.C., Ashley Smallwood of Birmingham, Ala., and C. Trevor Grimes of West Tisbury. He also leaves to mourn his adoring grandchildren; Tariq Lee-Grimes, Kristie Grimes-Mallard, Bianka Pereira, and Lexington Jackson; his beloved partner, Lee Anderson; and his nieces, nephew, and cousins. Kern will also be missed by many loving friends and business associates. Due to COVID-19, memorial services celebrating Kern’s life will be held in Boston, and on the Island of Martha’s Vineyard in the spring.