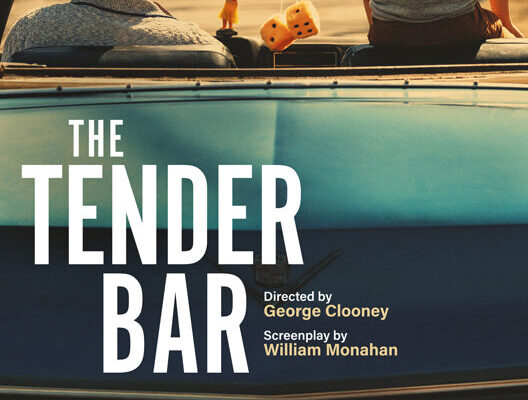 “The Tender Bar” continues its run at the M.V. Film Center. The double-entendre of the film’s title fits this gentle, easygoing film set in a bar, in which Ben Affleck plays the bartender, Uncle Charlie. Affleck earned an appropriate Golden Globe nomination for Best Supporting Actor for the role.

Directed by George Clooney, “The Tender Bar” is adapted from the eponymous memoir by J.R. Moehringer. There are plenty of Moehringers in the film, with Tye Sheridan as college-bound J.R. Moehringer and Daniel Ranieri as the 10-year-old version; Lily Rabe as J.R.’s mother Dorothy; Max Martini as Papa “The Voice”; Christopher Lloyd as Grandpa; Sondra James as Grandma; and grown-up, retrospective narration is provided by the voice of Ron Livingston as J.R. But it’s 10-year-old J.R. who carries the story.

The year is 1973 when the film begins. Dorothy and her young son J.R. move into Grandpa’s and Grandma’s house. J.R.’s ne’er-do-well father, a radio disc jockey called “The Voice,” “hasn’t taken care of anybody at all.” But Uncle Charlie steps in as a surrogate dad, and he freely dispenses advice to J.R.

When Uncle Charlie sees that J.R. doesn’t have much skill at sports, he recommends the boy look for another activity to be good at. That turns out to be reading, so Charlie shows J.R. his extensive collection of books, and advises him to read every one of them. It illustrates that Charlie, an autodidact, never got to go to college. One of the pieces of wisdom Uncle Charlie dispenses is that if J.R. aspires to be a writer, he’ll make it if he has “it,” that ineffable quality somehow tied to talent. His uncle later tells J.R. he does have “it.”

When J.R.’s father makes one of his infrequent visits, he promises to take his son to a Mets-Braves game. J.R. waits in vain for his dad to show up. Instead, the boy heads to the Dickens Bar, named after the author, where Uncle Charlie dispenses more fatherly advice, and they end up at a bowling alley where J.R. knocks down every pin for a perfect score.

The scene shifts to a grown-up J.R. heading to Yale. There he meets and falls in love with Sidney (Briana Middleton), but she does not reciprocate J.R.’s feelings. Instead, she advises him to “make something of himself.’’

After college, J.R. is hired by the N.Y. Times as a copy boy, so it seems he is on his way to the success that Sidney suggests will win her over. Once again, his hopes are dashed; he isn’t promoted, and he discovers Sidney has gotten married to someone else.

So it goes, with ups and downs in J.R.’s life. The best part of “The Tender Bar” comes with 10-year-old J.R., as well as with Affleck’s accomplished acting.

Information and tickets for “The Tender Bar” are available at mvfilmsociety.com. For information about films showing at Edgartown Cinemas, visit entertainmentcinemas.com/locations/edgartown.