Longtime readers know my ambivalence about the practice of feeding wild birds. By concentrating birds around an unnaturally rich food supply in a human-modified setting, birdfeeding alters bird behavior, elevates risk of disease, exposes birds to increased chances of bashing their heads on windows, and creates target-rich environments for house cats and hawks. Bird feeders also support rats, which nobody wants but which, whether you choose to think about it or not, are pretty much ubiquitous in settled portions of the Vineyard.

On the plus side, of course, feeding birds creates excellent opportunities for prolonged, close-range observation of birds and bird behavior. And regardless of biological realities, feeding birds at least feels like an act of kindness, and in these days of pandemic isolation, worry, and social angst, doing something kind gives enormous psychological comfort.

Attempts to study the effects of birdfeeding on bird health and survival have yielded mixed conclusions. Probably a lot depends on specifics that are hard to measure. But at the very least, if you choose to feed birds, I’d urge doing so in a way that’s informed by an understanding of the potential risks. Site feeders and water stations in a way that keeps birds clear of windows, and provides dense cover close enough for birds to dive into to dodge a hawk, but not so close that it gives a skulking cat an easy shot. Clean and disinfect your feeders regularly to minimize disease risk.

My own solution is small-scale and low-tech. Each morning I put out a modest handful of food on our deck railing, using a commercial mix that includes crushed nuts and shelled sunflower seeds — nutritious, high-energy food that doesn’t leave debris behind when eaten. The small amount of food I supply is completely eaten in hours, sometimes minutes, leaving no remainder to pull in rats. I can move the food around every day, putting it in a feces-free area. And I supplement the food with a small dish of water, adequate for birds to drink from but too small for them to bathe (or defecate) in. It’s an easy, inexpensive setup, and it’s popular with the clients.

With any kind of observation of nature, my interests and my understanding evolve with additional information. I’ve been enjoying the interactions within or among species, and watching the ways particular birds balance safety and foraging. In particular, one outcome to this winter’s feeding program has been a renewed appreciation of our northern cardinals. The species is colorful, but also common and conspicuous; I’m afraid that those latter two qualities have led me to underestimate these birds.

I’m pretty sure the pair of cardinals I’m seeing are the same birds that nested in our yard last summer, fledging three young in two nesting attempts, and raising at least one of the young to independence. This species is famously neophobic — wary of new objects or situations — and was the last of our regularly occurring species to begin visiting my deck-rail lunch counter. But once they decided the risks were acceptable, my cardinals became regular customers, and exhibited quite confiding behavior. The male, in particular, is often among the first birds to arrive when I put a new batch of seed out, sometimes beginning to feed before I’ve closed the slider door on my way inside. It makes me unaccountably happy that these cautious birds have begun to trust me.

Cardinals have a reputation among bird-banders, who typically handle large numbers of a wide variety of bird species, as among our nastier songbirds. A mist-netted cardinal, I’ve been told, exercises unceasing zeal and creativity in trying to bite its handler. And if it connects, the bird’s massive bill gives a bite like a pair of pliers. But oddly, in its interspecies relations, our cardinals seems rather mild. A blue jay, arriving at my feeding station, often tries to monopolize the resource, chasing other species, and often other jays, away. But our cardinals appear perfectly content to feed in the presence of other birds. And when bullied by a blue jay, a substantially larger bird, the cardinals channel their inner Clint Eastwood and refuse to cede the ground. It’s an appealing mix of stoutheartedness and geniality.

Ludlow Griscom’s 1959 “Birds of Martha’s Vineyard” describes the northern cardinal as “[o]riginally a rare straggler from the South. Apparently becoming established as a permanent resident.” Indeed, this summarizes the history of cardinals in all of Massachusetts: A famously nonmigratory species, it was rare in the state until a rapid northward range expansion in the 1960s and 1970s made it a common and widespread bird here. An increase in the number of birdfeeders was surely part of the reason for that expansion; to this day, cardinals are most common in settled areas, benefitting from feeding stations and, I expect, the semi-open, shrub-rich environment of a typical suburb.

They are a nice addition, and getting acquainted with them and our other winter birds has been a bright spot in a dismal season. Our male cardinal has just begun singing, and I hope the modest subsidy I’m providing will help this pair get another breeding season off to a productive start. 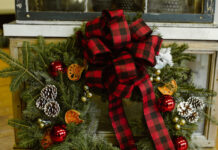 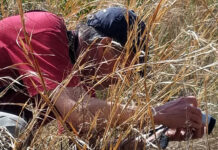