Writer and Montessori teacher Carrie Peckar says her newly released book, “Weird and Wonderful,” is not really a book per se, but rather a compilation of 15 years’ worth of scripts she’s written for children to perform at a summer drama camp at a theater she had been involved with since kindergarten.

The collection of 12 original one-act plays and musicals for children ages 6 to 12 are grouped according to age. Peckar imaginatively incorporates well-known tunes into the shows. Bobby Darin’s “Splish Splash” in “March of the Penguins,” “Food, Glorious Food” in “Willy Wonka,” and the “Casper, the Friendly Ghost” theme song in “Ghostbusters,” to name just a few.

“The music integrated into these shows spans from the 1960s to the 2000s, so there is something for everyone, whether the children are hearing a new artist for the first time, or parents are re-experiencing a moment in time,” Peckar says.

“For ‘Cars: The Musical’ I chose songs with an automobile theme, and built a storyline between them. I knew I wanted to do a theme around candy, since what child doesn’t love that? So ‘Willy Wonka the Musical’ was born. When the musical ‘Hamilton’ was at its peak, I had been toying with the idea of a show about summer camp. I rewrote the song ‘I am not throwing away my shot’ to ‘I am not giving away my tots’ for a quintessential camp mess hall scene. The titles of the shows and the songs may sound familiar, but they are loosely interpreted, and I’ve added my own spin on them.”

While each show is unique, there are certain elements that unite them. All have a combined theme of two opposing groups resolving their differences in the end, or one collective group working together for a common goal. The themes of teamwork and friendship are at their center. The pieces also are short, no longer than 15 minutes. “When you are working within a 15-minute performance piece, it can be a challenge, but also more fun,” Peckar explains. “Every idea and word on the page contributes to the forward motion of the story. No idea is too crazy or off-the-wall, but the trick is to channel that energy so that it doesn’t verge on the absurd.”

Each show is made for a class size of about 15 children. The plays are democratic, as Peckar explains that with her Montessori background, she adopted the “everybody should get a participation trophy” idea that if a child was in her class, they were going to have fun and participate.

She initially started writing her own shows, since it was hard to find content that didn’t contain only a few main characters, and the rest having only a line or two. Peckar says, “I think there is something to be said about an equal playing field in a show. By eliminating that sense of competition that exists in many stories, a true ensemble is created, and every child feels that they belong. That is what is at the heart of creating a Montessori environment.”

Each actor has roughly the same number of lines, which can be combined or broken up to accommodate larger or smaller casts. The characters are also gender-neutral, and she empowers children to come up with their own name to help encourage excitement for their part.

“These shows were written and performed before the pandemic of 2020 hit. At the core, I wanted to create a teaching environment that was fun for children; a place where they could get away from all the expectations and stressors that even childhood demands,” Peckar says. “I believe the arts provide that for children, and it’s more important than ever to keep that spirit alive during what has been a challenging time for many.”

The fun-loving one-acts in “Weird and Wonderful” are sure to charm parents and children alike, and are a perfect anecdote for the times.

“Weird and Wonderful: One-Acts and Musicals for Kids Ages 6-12,” by Carrie Peckar, with illustrations by Derek Farino. Available at Bunch of Grapes, Edgartown Books, and online. 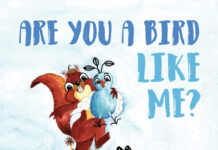