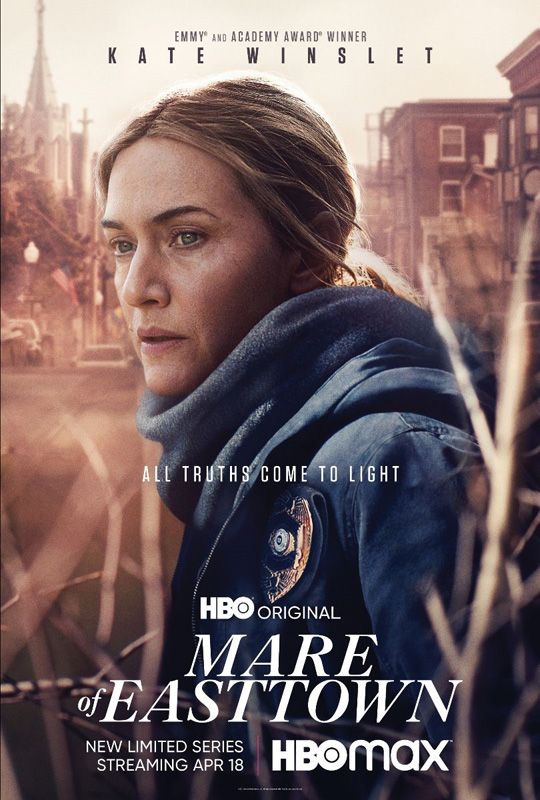 Ever subscribe to a streaming service just so you could watch one show? I did: HBO Max. I saw previews for “Mare of Easttown,” and knew I wanted to watch it. I love Kate Winslet; we go back at least as far as “Titanic” in 1997. She’s the Mare in the title, and she’s outstanding as this rather downtrodden yet very brave middle-aged detective out of a small Pennsylvania town, Easttown. It’s a murder mystery, and it follows so many twists and turns that you’ll think you have it all solved, and the next thing you know, you’re totally off base.

Evan Peters stars as Detective Colin Zabel, who comes to assist Mare in a murder investigation. Of course the feisty Mare doesn’t think she needs any help, but the two forge a bond anyway. A spot-on Jean Smart plays Mare’s mom, who’s come to live with Mare and her teenage daughter, and troubled little grandson. It’s a modern family, with Mare’s ex living practically next door to her.

All the key players are up to the task, but Mare is the standout. She carries the weight of the world on her shoulders at times, and takes a very slow approach to a love interest played by Guy Pearce. Sosie Bacon does a good job of playing the mother of Mare’s grandson, even though my kids had to point out who her parents are (Kevin Bacon and Kyra Sedgwick — the resemblance is obvious once you figure it out). I’d give this one a watch if I were you. It’s long enough, seven episodes, to keep you engaged.