The Ritz is back up and running, and there are all sorts of fun opportunities for trivia, karaoke, and live music shows as the season begins to ramp up.

“It’s really going great,” Ritz MV owner Larkin Stallings told The Times. “We opened as scheduled this year, and have had some pretty good turnouts so far.”

All the entertainment options are happening again, too, and Stallings said the bar has had the regulars show up, as well as some new faces. “We had our trivia last Tuesday. It was a total blast, and we had all our friends show up to it,” he said.

Trivia is always on Tuesdays, from 7 to 9 pm, then karaoke gets going from 9 pm until closing time.

Johnny Hoy and the Bluefish are also back at the Ritz on Wednesdays, from 8 to 10 or 11 pm (whenever the show ends). Recently, Bluefish pianist Jeremy Berlin celebrated his birthday with all his friends at the Ritz, and Stallings said it was great fun. “I saw everybody I know, and it really felt like everyone was back home again, where they’re meant to be, doing what they’re meant to be doing — playing music and having fun,” he said.

On Thursdays, folks can see either Johnny Hoy and Delanie Pickering, or Jodie Treloar Sampson and Mike Benjamin. Stallings explained that the Ritz will alternate the performing groups from week to week.

“Those shows are really cool, because each group is incredible in their own right. You have these two established veteran Island musicians in Johnny Hoy and Mike Benjamin, then you have these two young guns, Jodie Treloar and Delanie Pickering — it’s definitely a winning combination,” Stallings said.

Those alternating shows on Thursday get started at 8 pm and finish around 11 pm.

On Friday nights, the likes of Sean McMahon and Katie Mayhew will perform, along with some other local acts, such as the Black Eyed Susans and the Dukes of Circuit Avenue, who will return to the bar and performance venue in late May.

Saturday nights will also be filled with revelry, as Stallings has been alternating between live music shows and DJ shows featuring acts like DJ P and DJ Ricky Prime. Also on Saturdays is Rose Guerin’s Ritzy Revue from 8 to 10 pm, followed by a DJ show or another live music act.

On Sundays, don’t miss out on the Holy Rock n’ Roll Revival with McMahon and others.

The Ritz is closed on Mondays currently, due to staffing shortages felt by all Islanders in the service industry.

Dilly’s Taqueria will continue serving tasty food at the Ritz, following a major kitchen remodel in the wintertime. Stallings gave a shout out to Adam Rebello of Dilly’s and the Oak Bluffs building department. He said building officials helped the Ritz get through some sticky permitting hurdles, but they are now fully permitted and ready to go into the season.

Stallings recalled the summer of 2020, when the pandemic hit the service industry the hardest. “That was the worst I had ever seen in my entire life,” Stallings said. “From what I hear from my friends in the hospitality industry and folks that are in vacation rentals, this Island is going to be busy, busy, busy this summer.” 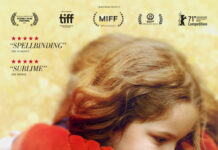 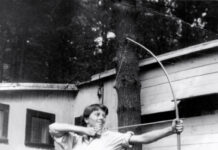 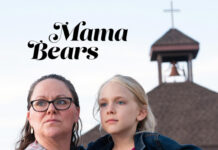