On May 16, 2022, Sarah Shepard Whyte passed away at Brigham and Women’s Hospital in Boston, surrounded by her daughters Alison and Hilary. 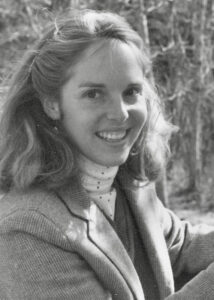 Sarah was born Jan. 10, 1951, in Toledo, Ohio. She grew up in Kensington, Conn., graduating from the Oxford School in 1969. As a child she demonstrated a sharp intelligence and a lively wit, which she would carry with her for her entire life.

Sarah began summering on the Island in the Sixties in Harthaven. In 1969, Sarah took a job at the old Island Country Club as a switchboard operator, where she met Colin Whyte, the bartender, and the two would later be married in 1973. Colin joked, “She used to listen in on my phone calls.”

As a working mother, she went on to earn two master’s degrees from Lesley University in Cambridge, and completed programs at Harvard and Columbia University. In 2003, she gained a Certificate of Advanced Graduate Studies for educational leadership from Salem State College.

Sarah and Colin enjoyed a 40-year marriage and had three children, Alison born in 1979, Miles born in 1982, and Hilary born in 1988. Sarah proved to be a devoted and loving mother. When Hilary was 5 years old, Sarah went to China for two weeks to present at the Hangzou Normal University, and in preparation for her trip, she recorded herself reading multiple children’s stories so Hilary would feel comforted at bedtime while she was away. The tapes will be forever treasured by her granddaughters.

Sarah may be best remembered on the Island for her work in special education at the West Tisbury School, where she taught for 20 years. Sarah was known for her innovative, compassionate, even if at times unconventional work at the school. It was not uncommon for her to do headstands when students succeeded at a particularly difficult task.

Bob Tankard, principal of the West Tisbury School during much of Sarah’s tenure, said, “Sarah was always very supportive of those kids, and never gave up on them; she was always there for her kids.”

Hilary, Sarah’s daughter said, “I’m always meeting people who had my mother as a teacher, and it’s amazing how often they tell me what a difference she made in their lives.”

In addition to Sarah’s work at the West Tisbury School, she was a board member at the Montessori School and at the Boys & Girls Club of Martha’s Vineyard. She was on the Island Council for Youth, and developed a new teacher training program for SPED and reading teachers on Martha’s Vineyard.

When thinking of Sarah, the first thing that comes to mind is her sense of humor, her quips, her laugh — to share her company was always to share laughter.

Valerie Becker, a former teacher at West Tisbury School and friend of Sarah’s, said, “The thing about Sarah was, she was a comedian. She loved to make people laugh, and she loved to laugh. She had such an infectious laugh. I loved Sarah, she was so much fun to be around.”

In 2001, Sarah and Hilary moved to Hamilton, where Sarah became part of the Hamilton Curriculum Development team, and later, the liaison for all elementary schools in the town of Andover. It was a role which she viewed as the crowning achievement of her career.

When Sarah retired, she moved to West Falmouth in 2011, and then to Osterville, where she spent the last six years of her life with her partner and teenage friend, Richard Pascal.

“Sarah was the most incredible, giving, and wonderful person I have ever known,” Pascal said. “It began as a teenage friendship, and as fate would have it, we eventually became soulmates in our later years. She will always be my life’s inspiration.”

A longtime friend recently stated that Sarah would love to have a picture book done on her life and her work, one that can be shared with her grandchildren.

Sarah is survived by her son, C. Miles Whyte and his wife Deanna Whyte; her daughters, Alison Whyte Thompson and husband Joseph Thompson, and granddaughter Elizabeth Thompson, her daughter Hilary Whyte Moore and husband Patrick Moore, and granddaughters Avery and Olive Moore. She is also survived by her brother Daniel Shepard, her sister Katharine Shepard, her partner, Richard Pascal, and her ex-husband, Colin Whyte.

There will be a celebration of life held in Sarah’s honor at the Martha’s Vineyard Sailing Camp, 177 Barnes Road, Oak Bluffs, 2 to 6 pm, on Sunday, June 12.