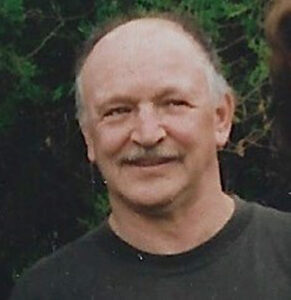 Ron was born on Dec. 26, 1950, to Dorothy (Gazaille) West and Robert E. West on the Vineyard, the second youngest of five children. He was raised on the Great Plains of Edgartown, where he lived the majority of his life, until recently when he resided at Woodside Village in Oak Bluffs. Ron worked for the town of Edgartown and West Tisbury highway departments, while also working as a painter for many years on the Island.

Ron was a simple man and lived a simple life; he found enjoyment bantering with the locals whenever possible. Ron had his own unique sense of humor, and at heart wanted to make people laugh. He was the guy who used to turn the light on for his upstairs neighbor when he came home from work after dark. He was the uncle who always managed to gift his teenage nieces the most perfect sweaters — right down to the fit and color. He was the boy with the unforgettable laugh who loved to fish and play basketball at the court at Dr. Mills’ house in the ’60s. He was an incredible bowler in his early adult years. Ron took pride in caring for his two dogs, Angel and Wicket, and loved them as his children. He had a walking schedule that he adhered to for many years. In addition to the Island, he loved spending time up at Mirror Lake in Marlow, N.H. He was so many wonderful things to the people whose lives he graced, and his absence will be deeply felt.

A private ceremony will be held with the family at New Westside Cemetery in Edgartown.