Bill and Caroline Miner came to the Island 25 years ago for a bike ride and saw an opportunity as they pedaled. With a thriving sporting goods store off-Island in Medfield, they saw a need for one on Martha’s Vineyard.

“Obviously, we fell in love with it,” Bill Miner told The Times. It turned out to be good foresight.

Then the pandemic hit in 2020, and like many businesses, Sports Haven closed for three months. Bill Miner said that felt like the end, but he was surprised that when the doors reopened in June, people came in, masked-up, and the business did well.

Like 40-year-old Serena Williams in her recent U.S. Open run, he wasn’t ready to call it quits.

Fast-forward to 2022, and Miner has enjoyed two successful years since the pandemic. However, the building’s landlord has other ideas for the property. Since the Miners rent the store and a cottage behind it to live in, they’ve announced that they are closing the store at the end of September. “We were very disappointed when our lease was not extended, even though we agreed to all the terms our new landlord required,” Miner said.

Since making that announcement in newspaper ads and on social media, there’s been an outpouring of support for Sports Haven. A group of team leaders wrote a letter to The Times about just how important the store has become for coaches and parents of youth sports players in supplying uniforms and equipment.

For Bill Miner, that outpouring has been inspiring. “People are calling and saying, What can we do to help you stay,” Miner said. “It’s made me feel … You work for years and you don’t realize how things are going to turn out.”

Miner has been involved in Island fundraisers, most of them surrounding youth and high school sports. The couple’s four children were mostly grown when they came to the Island, but one of their daughters married an Island man, and is settled in Chilmark. So even if the Miners decide this is the end of the line for the shop, they’ll be returning to visit frequently. They already have the Barn Raisers Ball penciled in, for example.

For now, the game appears to be nearly over. On Sept. 25, from 12 to 5 pm, the Miners will hold a customer appreciation day at the store. Miner said there will be food and memories. He is raising money for one of his favorite Island charities — Red Stocking Fund — and he’ll have giveaways.

Now in the final weeks, the store merchandise has been going fast since the announcement.

“I was a little worried about it,” Miner said of selling the inventory. “Labor Day weekend had a blowout sale. Now I’m worried we’re not going to have enough for the next two weeks. It’s been a good response. People are still coming in. People are stopping by to ask how they can help. That part has been rewarding.”

Bill and Caroline Miner will be taking the winter off. Some folks have come forward with possible locations for a new store, and they’ll explore those. But there could be a roadblock to them reopening, and it’s one that many others have faced on the Vineyard.

“If we can find something that works for us, we’d like to come back next spring. Everything has to work,” Miner said. “The living component is going to be the most difficult thing. The housing problem on the Island is rough. If we had the foresight when we first came here … We didn’t know how long we were going to be here. The pandemic has made the housing situation worse.”

All in all, if this is the end, as it was for Serena, the Miners will go out with their heads held high knowing that they made a good decision all those years ago. “We have so many great memories on the Island,” he said. “Hopefully, we can make it work.”

Customers to be appreciated

Sports Haven is having a customer appreciation day at its Vineyard Haven store on Sunday, Sept. 25, from 12 to 4 pm. Along with food and drinks, the store will be holding a fundraiser for the Red Stocking Fund. “It will be the last chance to take a peek at our wall of team picture posters of MVRHS soccer, hockey, basketball, softball, baseball, cross-country, and lacrosse teams Sports Haven supported from 2000–2013,” an email from owner Bill Miner states. “They will be auctioned off Sunday at 3 pm to benefit the Red Stocking. In addition, 20 percent of all sales at Sports Haven on Sunday will be donated to the Red Stocking.” 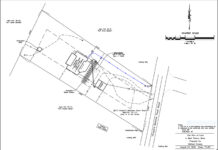 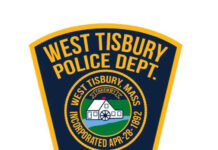 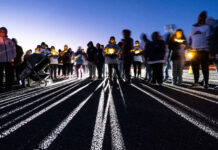 ‘You are not alone’