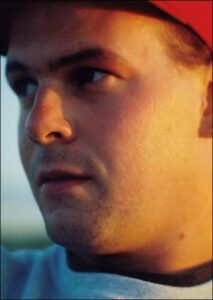 Ray was born on March 17, 1968, the son of the late Betty Morris Quinn and Martin Morris. He graduated from Martha’s Vineyard Regional High School in the class of 1986. After high school, Ray worked for many years on the Cape & Islands laying cable. In 1999 he moved to Austin, Texas, where he was a senior systems engineer for international payment systems. He continued to further his education, and graduated with his bachelor of science in management information systems from Bellevue University in 2007. Most recently, Ray worked as a senior manager in application support at WorldPay.

While in Austin, Ray married and had two beautiful girls. Ray was a devoted father to Allison and Andrea, and so proud of them both. He enjoyed boating, and was a certified scuba diver. Ray ran several marathons, including the Austin Marathon. He enjoyed learning about the family ancestors, and became quite an effective genealogy researcher. He was immensely proud to be a Vineyarder, where his roots ran back many generations. In 2019, Ray and family moved back to New England to be closer to family and the Island he loved. He was a loving father, brother, and uncle, and will be dearly missed by all who knew him.

Services and burial will be private. For online guestbook and condolences, visit chapmanfuneral.com.