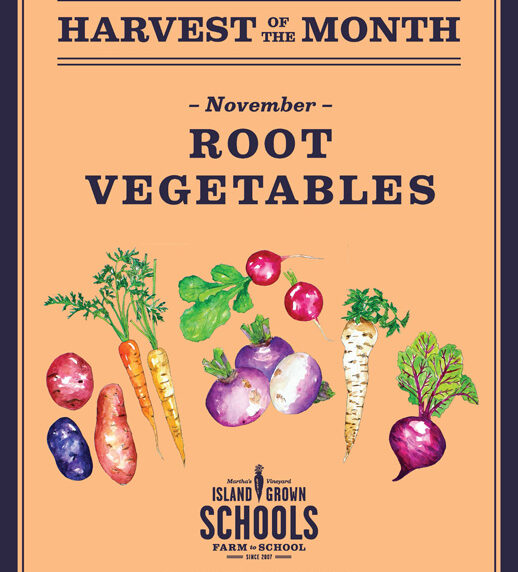 As the weather gets colder and fresh produce becomes harder to find, root vegetables are my go-to for an easy, healthy meal. Because they grow underground, they absorb lots of nutrients from the soil, and unlike most vegetables, their season lasts well into the fall and winter. In fact, many root vegetables actually taste sweeter after a few frosts, when they convert their starches into sugars.

Turnips and parsnips can be mashed similar to potatoes — give it a try and see if your family can tell the difference. Potatoes, beets, turnips, and parsnips are all delicious chopped into bite-size pieces and roasted, along with some sage or rosemary and a few whole garlic cloves. I usually make a large batch and eat them throughout the week in burritos, with pasta, or cold on salads. They can also be thinly sliced and baked into “chips” to eat with our featured recipe — Carrot Romesco!

Recipe by Maura Martin and Austin Racine of Mo’s Lunch

Preheat oven to 425°. Combine all ingredients except water on a large sheet tray, and toss to coat everything in oil. Roast until the vegetables are quite dark, caramelized and soft, about 30 to 40 minutes. Let cool about 10 minutes. Remove thyme sprigs.

Scrape all contents of the tray into a food processor or blender, and combine while drizzling in the water a little at a time, until you have a nice thick purée. Season with salt and pepper. Serve as a dip with crusty bread and veggies, or as a sauce for scallops, fish, or chicken. 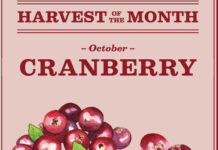 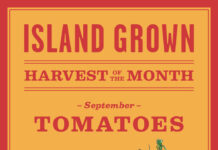 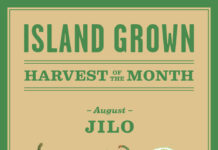 Harvest of the Month: Jiló