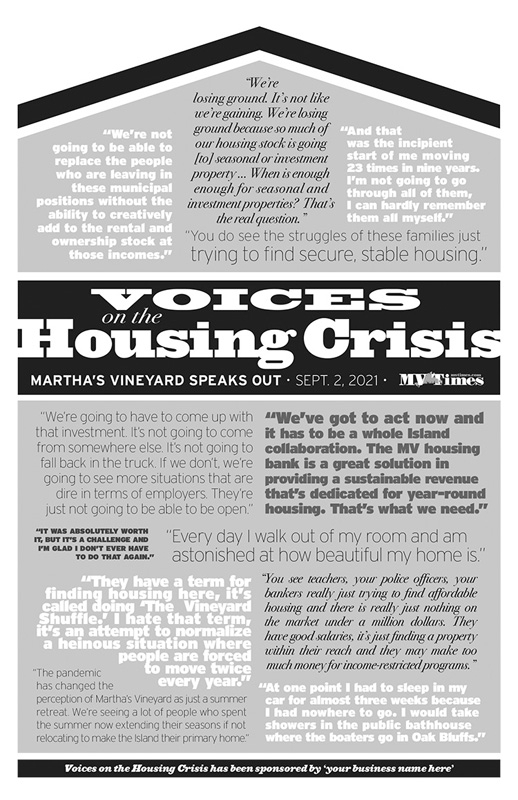 The Martha’s Vineyard Times was recognized with two awards by the New England Newspaper & Press Association during a virtual conference held Thursday.

For the second year in a row, The Times won a Publick Occurrences Award, which is named for the Boston newspaper published by the colonists and closed down by the British. The award is meant to showcase the New England region’s best journalism of the year.

The Times was recognized for its special section, “Voices on the Housing Crisis.”

“The paper let the affected residents tell their stories, along with statistics and other details that really brought the issue home to readers,” the judges said in recognizing the newspaper. “Although the package didn’t present any clear solutions to the housing crisis, it did spell out in the words of people affected by it how important and stressful the search for affordable housing on the Vineyard can be.”