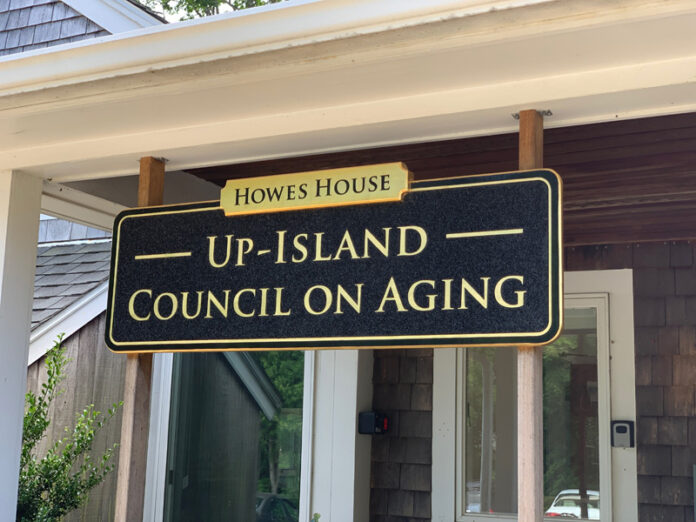 At its Wednesday meeting, the West Tisbury select board approved a recommendation from the town’s financial management team to introduce a warrant article at the annual town meeting which would allocate the entirety of West Tisbury’s American Rescue Plan Act (ARPA) money to the renovation of the Howes House.

Following numerous discussions regarding what to do with the Up-Island Council on Aging building, which is in need of significant improvements, the West Tisbury select board agreed that it would be best to use the $304,000 federal relief grant as a partial funding source for the project.

Out of the $5.1 million that Dukes County received through ARPA, $1.6 million was distributed to the Island towns (and Gosnold); although there are some regulations on utilizing the funds, it is ultimately up to each municipality to decide how best to use their share.

The Howes House renovation project, which is currently in its planning stage, is a collaboration among the three Up-Island towns — Aquinnah, Chilmark, and West Tisbury — and is estimated to cost around $8 million.

On Wednesday, the select board mulled over how best to present the warrant article to the public at town meeting, and questioned whether to directly allocate the funds to the Howes House project, or put it into the town’s free cash account to be doled out accordingly.

To avoid potential controversy over the warrant article at town meeting, select board member Skipper Manter suggested that the project ought to be funded through the town’s free cash, with the ARPA funds being used for a general taxpayer reduction.

West Tisbury town accountant Bruce Stone said the only difference between doing that and putting the $304,000 directly into the Howes House renovation budget line would be the perception.

“If anybody ever asks you ‘how did you use your ARPA money,’ Stone said, “you could say you put it towards a specific project.”

On the other hand, putting the money into the town’s general fund could be explained as lowering the tax levy. “It’s just the way you present it to the voters,” he said.

Select board member Jessica Miller said if they chose the latter, it may confuse voters. She said using the funds to offset the tax levy now would require the appropriation of the money for the project later. “It feels kind of like a deferral,” she said. “The taxpayers still end up paying.”

Select board chair Cynthia Mitchell agreed, and advocated for the ARPA funds to be attached to a project to be taken up by town voters.

In other business, the select board voted to appoint Jim Graham as West Tisbury’s representative on the Federal Aviation Administration (FAA) Part 150 noise study action committee for Martha’s Vineyard Airport.

This comes after airport director Geoff Freeman told The Times earlier this month that he had requested that West Tisbury, Edgartown, and the Martha’s Vineyard Commission each appoint one representative to participate.

The noise study is a voluntary grant program that supports airports to “understand and address future noise impacts,” Freeman had told The Times. The study analyzes and reviews various factors, such as aviation activity over the years, flight frequency, decibel levels, among other things. The study, which is projected to continue until the end of the year, provides a “picture of what type of impact airports have on surrounding communities,” he said.

While all contenders noted their proximity to the airport’s flight path and had noticed an increase in activity and noise level, Graham’s experience with noise abatement and working in the industrial and architectural acoustic fields ultimately won the board over.

The noise study action committee has no authority but serves in an advisory role.

Also on Wednesday, the select board voted to approve a request from the town’s energy committee to increase the number of seats on the committee from six to seven.