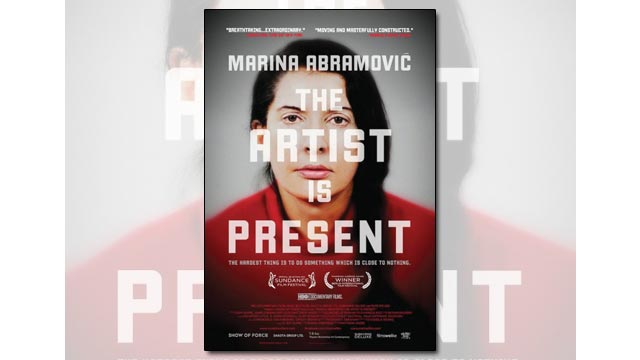 “Restoration”: Bringing life back to life

A watch is taken off and placed in a tin at the beginning of “Restoration” and a string quartet’s music is introduced. A hand begins work on an antique piece of furniture, sanding to remove the effects of time. We enter the world of Yaakov Fidelman (Sasson Gabai) where, in his run-down shop in Tel Aviv’s old industrial section, he stays true to his craft while losing touch with the others in his life.

As timelessly as Fidelman would like to live out his days, he’s faced with a sea change when his business partner Malamud suddenly dies after a tryst with a prostitute as Yaakov discovers when he finds a phone’s visual recording of the event. Malamud was the public face of the business, the one who kept it running, and now, in financial straits, Fidelman doesn’t know where to turn.

His estranged son, Noah (Nevo Kimchi) wants to turn the studio into an apartment building. Behind his father’s back, he had pushed that project along with the tacit approval of Malamud. Yaakov bridles at this lack of loyalty but has to face the fact that Malamud was more of a father than he was to Noah. Indeed Yaakov defers to Noah to say kaddish at Malamud’s funeral.

But every relationship in this brooding, well-shot movie is in need of restoration. The shop’s interior is suffused with a dusty film of light that serves to hold everything in the past, for example. Noah and his very pregnant wife, Hava (Sarah Adler), bicker over everything from her cigarette smoking to the sex of the child. She tells someone she wants a girl because her husband wants a boy. And that friction opens the door for Anton (Henry David), a mysterious wanderer who enters Yaakov’s life as an unskilled worker but is always, and inexplicably, on the run from a past where wealth and musical talent held sway.

Anton’s passion for Yaakov’s work soon makes him the favorite “son” and the isolating triangles multiply: first it’s Yaakov-Noah-Anton and then Noah-Hava-Anton as Hava lets Anton’s advances advance to a dangerous point. These dynamics unfold fluidly under a restrained directorial effort by Joseph Madmony, who never loses the thread of a tradition embodied by Yaakov.

When Anton finds a Steinway piano in the studio that may be valuable, if the cracked iron plate that holds the string tension can be fixed, the future turns a shade brighter. And the metaphor works as, indeed, the process of fixing the piano is the way all the movie’s tensions are held in check and a sense of harmony finally seems possible. The newborn brings Noah and Yaakov closer. And when Yaakov closes up shop for the day, we see Anton stop at the string quartet playing on the sidewalk that we have been hearing throughout the film. He puts money in their hat and it’s as though the director is saying life has to be paid for in emotion for it to be real, a lesson learned the hard way by these characters.

The acting is fine throughout, with an extra depth from Yaakov. His stilted efforts, for example, to uncover the humanity imbued in his dead partner Malamud by hiring the same prostitute and trying to see him through her eyes, is an inspired creative layer of characterization.

“Marina Abramovic: The Artist is Present” – No faint art here

For Marina Abramovic, a Serbian-born performance artist, her body is often the canvas. Marina Abramovic, 65, has spent a lifetime challenging people over what art is and this documentary directed by Matthew Akers presents a filmic paean to her efforts.

Art is not for the faint of art, she seems to be saying, willing as she is, for example, to carve a pentagram on her stomach with a razor. Or slap and be slapped endlessly by her lover, Ulay. At one exhibit, she allows herself to be interactively surrounded by people and weapons, seeing how much veneer civilization really has.

Raised by emotionally stultified parents (late in life, her mother explained her lack of affection by saying, “I didn’t want to spoil you”), Marina immersed herself in the controversial field of performance art, where definitions hold little sway. Is it art, for instance, to stage nudes riding in a subway car? Or have patrons have to enter an exhibit by squeezing past two nudes in a doorway?

Her magnum opus, and the bulk of the film, is a MOMA retrospective that includes her sitting still and quiet every day for three months in one chair, with another chair available for patrons to sit. The idea is that it is hardest to do nothing. Yet things do happen: people weep; one woman undresses and is ushered out. A touching moment breaks the tableau: her old lover, Ulay, sits across from her and gradually their arms reach to each other to applause.

“After 40 years of people thinking you belong in a mental hospital, you finally get respect,” Ms. Abramovic notes. She makes quite an exhibition of herself.

“Knuckleball” will be shown Wednesday, June 27, at 8:30 pm at the Vineyard Baseball Park in Oak Bluffs (down the road behind Martha’s Vineyard Regional High School) as part of Basefall Fest, which begins at 6 pm.

Shown in part with the Martha’s Vineyard Film Society, this sports story recounts the 2011 journey of the last professional knuckleball pitchers: Tim Wakefield, a 17-year Red Sox veteran, and Mets newcomer R.A. Dickey. Together with four other knuckleballers, they shine a light on their unique brotherhood and the shared pursuit of honor and craftsmanship relying on a pitch that seems to defy physics.