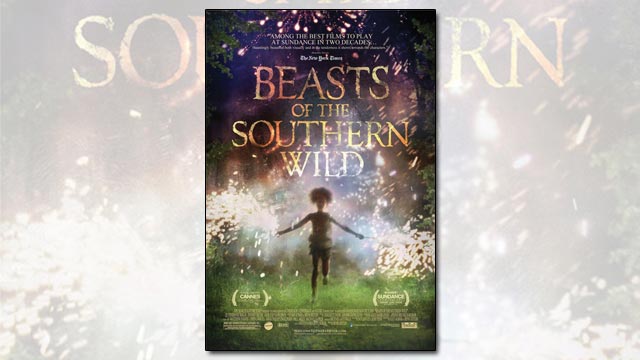 Substitute teachers always have a tough act to follow, but when your predecessor hangs herself in the classroom for her 11-year-olds to see, there’s no manual for that.

“Monsieur Lazhar” starts innocently with kids during recess: a simple errand run by one of them leads to the discovery of the popular teacher’s death. The classroom gets a quick coat of new paint and, well-meaning crisis counselor aside, that cover job sums up the school administration’s take on dealing with the children’s grief.

Enter Mr. Lazhar (understatedly well-played by Mohamed Fellag). He’s a recent Algerian emigre to Canada who left his family behind to get settled first. He opportunistically presents himself as one who can fill the school’s void and is slotted in without much vetting. Well, he’s not a teacher by trade, but the lessons he can impart turn out to be more invaluable than book learning since his family was killed by terrorists just before they too could leave Algeria.

His fresh grief (he gets a simple cardboard box of his wife’s belongings in the mail) allows him to share with the kids as a mentor – and virtually a classmate – what the kids are unable to express effectively elsewhere. Simon, the boy who found the dead teacher, stifles his sense of responsibility for her death because he reported a hug from her as a kiss, which led to a reprimand. Alice, his soul mate and whose single mom — an airline pilot — is rarely home, is tough as nails and not only lays out her own grief but is able to draw out Simon’s. The adult level of the relationship between Alice and Simon is wonderfully played and the school kids in toto are given a chance to be personalities in their own right.

Mr. Lazhar has a legal fight to keep his refugee status, and typical conference room teacher v. teacher machinations all round out this slice of life offering from director Phillippe Falardeau. Caught in the system by all this fallout, Mr. Lazhar reads the kids a fable he has written for them to correct, and a very adult allegory it is. You might not think you want to go back to summer school, but this is one classroom where you’ll learn something rewarding.

Note: Winner of many awards, including an Oscar nomination for best foreign film.

“Kaddish for a Friend”

Life lessons are learned here in a petri dish quite different from the classroom of “Monsieur Lazhar.” In “Kaddish for a Friend,” directed by Leo Khasin, a Palestinian teenager who with his family left Lebanon for Germany’s graffiti-ridden housing projects finds his anti-Semitic feelings aren’t as entrenched in him as they are in many around him.

Ali (Neil Belakdar) befriends an elderly upstairs neighbor, Alex (Ryszard Ronczewski), by fixing his leaking washing machine and when he sees Jewish paraphernalia around the apartment rushes out in fear of his good deed. (The water that leaks into Ali’s family’s apartment is a nice metaphoric foreshadowing of the mingling that will seep between the occupants.) And Ali has read his family’s feelings rightly when they flatly refuse the small gift Alex brings to their door in gratitude.

Ali’s sensitivity makes him a suspect member of the Arab gang in the projects and when he feels compelled to join in their defacing of Alex’s apartment, it is his near-capture by Alex that leads police to question him. Ali’s mother agrees to keep this volatile incident from his father and they manage to convince Alex that Ali will make amends. Drama is added a bit formulaically by imposing a two-week deadline for the repairs: Alex is facing a social services review of his now uninhabitable quarters.

What starts as a blind hate-blind hate relationship (Alex’s soldier son was killed in Lebanon) mellows as Ali and Alex gradually shed the armor of their beliefs and realize that finding vulnerable spots doesn’t mean one has to automatically inflict damage there. Alex’s apartment becomes livable again and their May-December “marriage of convenience” becomes a friendship that overpowers the influences of the gang, the father, the police, and even a German prosecutor who wants to make sure his countrymen know this type of act is punished. There is plenty of humor and fine acting, which help keep “Kaddish for a Friend” this side of maudlin.

“Kaddish for a Friend” will be shown at the M.V. Hebrew Center in Vineyard Haven, on Sunday, July 8, at 7:30 pm, as part of the Summer Institute Film Series. Admission is a suggested donation of $15. For more information, call 508-693-0745 or visit mvsummerinstitute.org.

Also showing this week: “Beasts of the Southern Wild”

Hushpuppy, an intrepid six-year-old girl, lives with her father, Wink, in “the Bathtub”, a southern Delta community at the edge of the world. Wink’s tough love prepares her for the coming unraveling of the universe, for that time when he’s no longer there to protect her.

When Wink contracts a mysterious illness, nature runs amok: temperatures rise and the ice caps melt, unleashing an army of prehistoric creatures called aurochs. With the waters rising, the aurochs on their way, and Wink’s health fading, Hushpuppy goes in search of her lost mother.