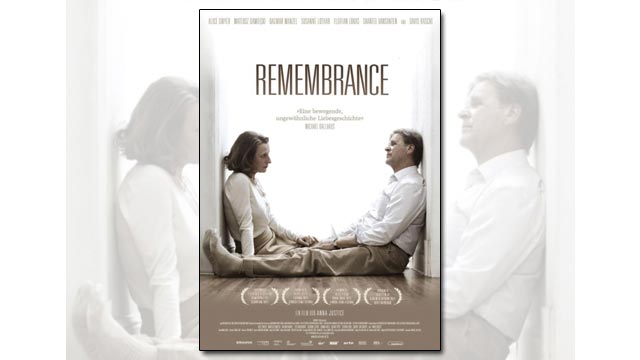 “Plimpton!”: He was there

There may be no substitute for the real thing, but George Plimpton got us all close. He was the participatory sports journalist nonpareil. In addition to donning all manner of cleats, gloves, sticks, and mitts over his writing career (40 books), he helped start in 1953 one of the most enduring and innovative writing magazines, The Paris Review.

“Plimpton!” is a paean to his accomplishments, done in a stalwart (but not stodgy) documentary style by Tom Bean and Luke Poling. We get the obligatory early influences on Plimpton’s life (overachieving relatives; his own insecurities validated by being cut from every high school sport he tried out for) but these segue quickly into the glittering co-founding of The Paris Review. Plimpton even then had a sense of bringing participation into the realm of writing and helped create the format whereby a writer was interviewed to expound on his craft.

His early coup for TPR was getting Hemingway (with whom he developed a father/son relationship) to open up, but not without bumps in the road. When fishing together in the Gulf Stream, George asked Papa what was the symbolism behind the white birds he included in sex scenes. Hemingway, feeling challenged, became enraged and yelled, “So you think you can do better!” Plimpton says that at that time he had written only a children’s book, “The Rabbit’s Umbrella,” and felt at quite a disadvantage when facing the Nobel prize winner’s outburst.

And this is the Plimpton charm: he’s Everyman with a literary bent, willing to literally get bloodied (as when he went in the ring against Archie Moore, the light heavyweight champ with 147 KOs; it should have been enough to know Moore’s nickname was “mongoose”) and relate the experiences with wit, lofty perspective, and a sense of his own ironic role in all of this. He says of his many sports failures that they are in the end appropriate because there’s a chasm between amateur and pro that the fans want to exist.

He branched out from sports to include stints as a trapeze aerialist, stand-up comic (ouch!), percussionist with the NY Philharmonic (during which he looked most nervous), and ended up a TV pitchman for all manner of garage door openers, banks, etc. The latter activity was to bring in the revenue needed to keep TPR, his proudest achievement, afloat. The film covers TPR thoroughly, as it should: it has been a launching pad for many, many strong writers.

Of course there’s the glamorous side of the man as well, partying with the beautiful people, playing touch football with the Kennedys (he was one of the men who wrested the gun from RFK assassin Sirhan Sirhan). There’s a dissonant thread through this enviable life, from a few other writers who felt Plimpton should have taken his writing “into deeper water,” as James Salter says. But it’s tough to second-guess a man who gets to write about getting Richie Ashburn and Willie Mays to pop-up, back-to-back. Then Ernie Banks doubles, couple of walks, and Frank Thomas hits such a staggering home run into the third tier that Plimpton for a moment proudly “felt like I had somehow helped this engineering feat.” For a man who was usually given the number “0,” he played life well.

“Plimpton” will be shown by the Martha’s Vineyard Film Society on Tuesday, July 31, at Union Chapel, Oak Bluffs, at 8 pm. Special guests are directors Tom Bean and Luke Poling. Tickets are $10; $7 members. mvfilmsociety.com; 508-696-9369.

Ironies with the Kennedy legacy abound, and this documentary — “Ethel” — brings out another. The director is Rory, Ethel’s youngest daughter, who was born six months after Robert Kennedy Jr.’s death. She never knew her father but somehow convinced her mother to do this film after she had avoided the camera’s limelight for 20 years.

Ethel traces Robert’s career path, including his stint as prosecuting attorney on Joe McCarthy’s notorious Senate Permanent Committee on Investigations (which sounds as Orwellian as you can get) from which he resigned. Ethel joined in the efforts to elect Jack president (RFK was his campaign manager) and we re-visit the Cuban missile crisis, the civil rights movement, and RFK’s anti-mob investigations (a problem Hoover ignored). But this is ultimately Ethel’s story; mother of 11 children and rights activist. She helped establish, for instance, the Robert F. Kennedy Center for Human Rights and Justice.

Here’s a love story that blossomed amid the horrors of a Nazi concentration camp in Poland in 1944. In a bold escape, Tomasz, a young Polish prisoner, rescues his lover, Hannah, but in the chaos at the war’s end, they become separated, each convinced the other has died. Decades later in New York City, Hannah, now happily married, accidentally discovers that Tomasz is alive, stirring her to see him again. Directed by Anna Justice.