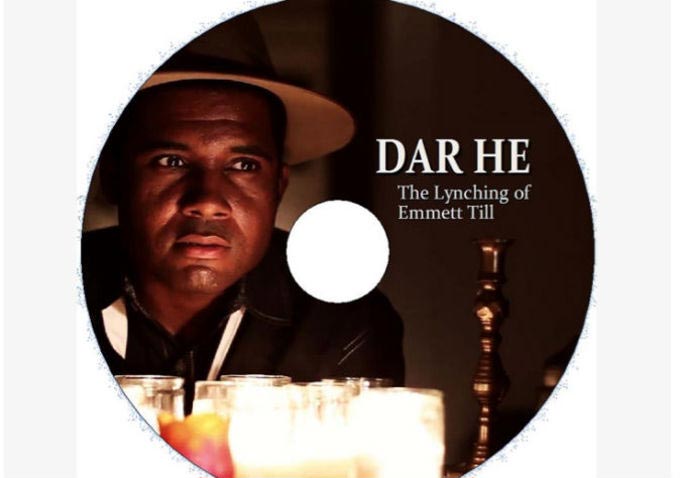 The 10th Annual Run & Shoot Filmworks Martha’s Vineyard African-American Film Festival that began Tuesday and runs through Saturday, Aug.11, will screen dozens of films from around the world.

Most of the film action takes place at the Performing Arts Center at the Martha’s Vineyard Regional High School in Oak Bluffs. There will be one showing at the Harbor View Hotel, Edgartown, on Friday night.

Established in 2000, Run & Shoot Filmworks is a national transmedia company that creates innovative content across all forms of media, including television, digital, feature films, music programming, commercials, events, and original photography, according to its website. Director, producer, and cinematographer Floyd A. B. Rance III said the objective is to continue to create aggressive innovative content that includes commercials, music videos and films.

“4-1-9” centers around two British-Nigerian brothers — older brother Ade and younger brother Segun — who are involved in an illegal family business. Ade is for ending it while Segun wants to continue it. Directed by Alexander Etseyatse. (18 min.)

“The Christmas Tree” has a struggling single father preparing to spend his first Christmas alone with his daughter. But when their tree is lost on Christmas Eve, he’s placed in a troubling predicament. Directed by Angel Christi Williams. (12 min.)

“Fanatic” directed by Mr. Complex. When a fanatic loses his girlfriend to his idol, he snaps and becomes detrimental to them all. (25 min.)

“Brotherly Love” presents three brothers confronted with a horrible act committed by the youngest due to bullying by a local gang. Directed by Choice Skinner. (17 min.)

“Aide-de-Camp” directed by Emma Octavia. A hard-working professional faces her greatest challenge: remain in an illicit affair or accept a blind date with a military officer. (17 min.)

“The Last First Kiss” Two 20-something strangers encounter each other in a park and forge an unexpected connection, and a spontaneous but short-lived romance develops. Directed by Andrea Ashton. (16 min.)

“Docket 32357” An estranged wife and a grieving mother discover an awful truth in a courtroom hallway. Directed by Randy Wilkins. (14 min.)

“Scattered City” It’s been six years since hurricane Katrina ravaged the Gulf Coast and displaced thousands from their homes. A New Orleans private detective searches for those missing from the storm, including some who don’t want to be found. Directed by William Aughtry and Nathan Willis. (13 min.)

“Thicker than Water” directed by Anissa Folley has a blue-collar single parent struggling to make ends meet and hold his family together while keeping a deep secret from the person he loves most. (14 min.)

“Be Inspired: The Life of Heavy D” A documentary chronicling the life and prolific career of Dwight “Heavy D” Myers. Directed by Bart Phillips. (40 min.)

“Dragonfruit” After being set up on a blind date by a mutual associate, the two decide to spend their third outing hiking an Los Angeles canyon. They come to the realization that only one is who they claim to be. Directed by Emiliano Styles. (9 min.)

“Burned” An Air Force veteran returns from Iraq in denial that she is suffering from PTSD. Directed by Phyliis Toben Bancroft. (24 min.)

“The Powerbroker: Whitney Young’s Fight for Civil Rights” The untold story of the former executive director of the National Urban League, whom many called the “inside man” of the civil rights movement. Directed by Bonnie Boswell. (54 min.)

“Homecoming” directed by Eugene Ashe, is a “witty and poignant story of five friends who attended a historically black university in the ’90’s.” (95 min.)

“The Second District” directed by Rashad Frett. A police department struggles to maintain order as rival gangs seize control of portions of the city, leaving the public in fear and a once-vibrant city without hope. (26 min.)

“Colored Confederate: Myth or Matter of Fact” Did blacks actively “fight” for the South during the Civil War, and, if so, why? Experts, historians, and re-enactors hash out this 150-year-old debate. Directed by Ken Wyatt. (40 min.)

“Taharuki” A man and woman from opposing ethnic tribes who work for an underground liberation movement are forced to make tough decisions to stay alive. Directed by Ekwa Msangi-Omari. (12 min.)

“Busted on Brigham Lane” A young teenage girl takes precariously creative measures to reconcile with her estranged father on her 18th birthday and discovers he is a different man from whom she remembers. Directed by Talibah L. Newman. (20 min.)

“Stonefaced” directed by Vivian Ducat is a portrait of Robert Arthur King, a Harlem-born and -bred architect whose obsession is the sculptural details on New York City buildings (15 min.).

“I Can Smoke” Here’s the story of a doting husband who decides to call a prostitute to help him pass the evening when his wife is away on a work trip. Directed by Tony Ducret. (18 min.)

“The Contradictions of Fair Hope” Directed by S. Epatha Merkerson and Rockwell Metcalf. This documentary examines a little-known aspect of American history when newly freed slaves throughout the post-Civil War South formed “benevolent societies” to respond to abject hunger, illness, and poverty. (67 min.)

“High Card Trumps” Lois, a headstrong woman and soon-to-be grandmother is eager to share the news with her Support Our Troops bake sale volunteers, but when an Arab mother joins them, Lois’s patriotism is challenged. Directed by Geoffrey Quan. (6 min.)

“Why Do You Have Black Dolls?” This film explores the history, beauty, and pride that is the black doll. Directed by Samantha Knowles. (25 min.)

“Sleep” directed by Donald Conley. “Sleep” is about the loss of adolescence and the psychological effect death has on the minds of young children. (11 min.)

“The Bully” Two single mothers from the same neighborhood cross paths when one is checking out of a rehab where the other works. Directed by Jamie Burton Oare. (10 min.)

“Chasing York: The Making of a Black Heritage Stamp” This documentary is about the director’s (Gayle Scout Davis) brother’s pursuit of a dream to honor a slave, York, on a stamp. York was the only African-American on the Lewis & Clark expedition from 1804-06. (11 min.)

“Dar-He: The Lynching of Emmett Till” One man performs 36 roles in the telling of the Emmett Till tragedy, covering the story, trial, and confessions of those accused of Till’s murder. Directed by Rob Underhill. (70 min.)

“The Last Fall” A pro football journeyman struggles to deal with life’s complexities after his career is over. Directed by Matthew Cherry. (95 min.)

“Junior” Directed by Marcus Dupree. A falsely convicted ex-con released from prison seeks revenge on the police officer responsible for the death of his son. (12 min.)

“The Truth” A woman suspected of infidelity reveals the truth to her husband as well as an important life lesson. Directed by Hill Harper. (15 min.)

“Bump” Directed by Rodney Lee. Trevor wakes with an unknown woman in unknown surroundings. As he struggles to put the pieces together, we follow him through New York until he finds the match to what ignited his night of haze. (19 min.)