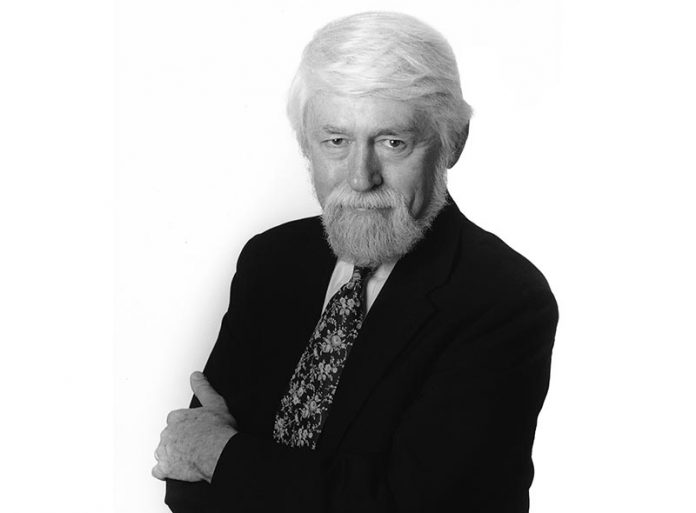 Martha’s Vineyard residents with pacemakers who required a 5-minute pacemaker check once had to embark on a full-day journey to Massachusetts General Hospital (MGH). Now, patients can get their pacemakers checked at the Martha’s Vineyard Hospital (MVH) whenever Dr. Timothy E. Guiney brings a technician along for his Friday consulting trip to MVH.

The savings in time and stress is just one small example of Dr. Guiney’s contributions to Island health care during almost four decades of collaboration with MVH. Many of his grateful patients have contributed to an MGH fundraising campaign tied to the news of a prestigious award.

This week, MGH announced that Dr. Guiney will be honored with the Paul Dudley White, MD, Distinguished Chair in Cardiology, one of the highest honors a physician can receive. Dr. White, the father of American cardiology, brought the first electrocardiogram to Mass General and established the speciality in diseases of the heart. His distinguished career included presidency of the American Heart Association. Dr. Guiney was one of Dr. White’s physicians before Dr. White’s death in 1973.

Dr. Guiney is known for upholding Dr. White’s chief message: “Listen to what the patient can tell you; it may be more important than anything else you do,” according to a press release.

“Throughout his career, Dr. Guiney’s patients have remarked on his great care in listening to them, often to the despair of his assistants who have tried to keep him on schedule,” said the press release. “He phrases and rephrases questions until he elicits from the patient sufficient information to enable him to use his extensive knowledge and keen intuition to make the proper diagnosis and to lay out an appropriate plan of diagnostic testing and treatment. Many are grateful for Dr. Guiney’s willingness and ability to teach them about their disease.”

Along with the Paul Dudley White, MD, Distinguished Chair in Cardiology, MGH is “undertaking an aggressive $150 million campaign to launch a visionary Institute for Heart, Vascular, and Stroke Care,” according to the press release. “Crucial to the success of this effort will be the establishment of new multi-million dollar funds such as this Chair, to be used to recruit and retain the hospital’s most precious commodity, its clinical faculty.”

Dr. Guiney has spent most of his life in Boston, first as a public school student, then pre-med at Boston College, and as an aspiring doctor at the Harvard Medical School. After two years of study at Duke University he returned to work at Brigham Hospital, before it merged to become Brigham and Women’s Hospital, and has worked for MGH since then. Following a sabbatical at St. George’s Hospital in London during 1979 and 1980, Dr. Guiney also began occasional work at Martha’s Vineyard Hospital.

“We’re very lucky to have Tim Guiney,” said J. B. Riggs Parker of Chilmark, a patient of Dr. Guiney. “He’s a fine cardiologist and I’m happy that he received the chair; it’s an honor. He’s a great guy and an asset to this Island.”

Asked for any anecdotes about Dr. Guiney, Mr. Parker said, “I wouldn’t dare: he’s my cardiologist.”

In addition to establishing a stroke program at MVH, so that Island doctors can send a computed tomography (CT) scan electronically to MGH and receive a timely diagnosis without an onsite neurologist, Dr. Guiney is known for saving patients with heart trouble a long journey.

“I established a pacemaker clinic program because taking a boat and bus and three hours back for a five-minute check is crazy,” said Dr. Guiney in a telephone conversation with The Times. “And usually a daughter has to take a day off work to take granny off Island.”

Dr. Guiney reiterated the importance of relating to patients. “I often tell my students and fellow doctors that the word doctor in Latin means teacher,” he said. “Listen to them, and the patients diagnose themselves.”

“The Paul Dudley White Chair is an enormous honor,” Dr. Guiney said. He noted that he recently hosted a party for family and MVH staff at his home in Chilmark.