The Westchester modular building sections arrived in Vineyard Haven aboard the barge Hydra 1200 at 1 am on Thursday. Hours earlier, aboard the tugboat Realistic, Captain Randy Jardin towed the laden barge from New Bedford in “very, very rough” seas.

By 9:45 am, all four sections were offloaded from the barge. By 10:45 am, the last of the sections came to rest at the Featherstone campus. The sections will be assembled by crane to form a 2,400 square foot pottery studio. Squash Meadow Construction is the contractor for the studio and also for an adjacent “Art Barn” — an approximately 6,000 square foot building which will also be comprised in part by modular pieces, and contain a gallery, classrooms, offices, and storage spaces.

The new studio will replace Featherstone’s current 800-square-foot pottery studio. Development director Posie Haeger said the studio expansion is largely need-driven. The pottery studio is in a former birthing room for horses and Ms. Haeger described it as “barely functioning and ill-equipped for what it has been used for for 20 years.” She said that the pipes freeze, and there are no bathrooms in the room, not ideal for a pottery studio. It will be repurposed as a fiber arts studio; there will be no need for a sink.

The building of the new studio is also in part demand-driven — pottery is Featherstone’s most popular medium, and the studio is always crowded. In planning Featherstone capital campaign, the development director said, the pottery studio was identified as “an immediate issue.” Ms. Haeger said Featherstone is actively seeking donations to help fund the ongoing construction of the two buildings. 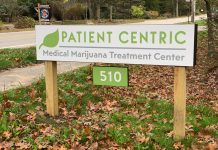 What do you think about trick-or-treating in Vineyard Haven?
#coronavirus #mvtimes #news #marthasvineyard ... See MoreSee Less