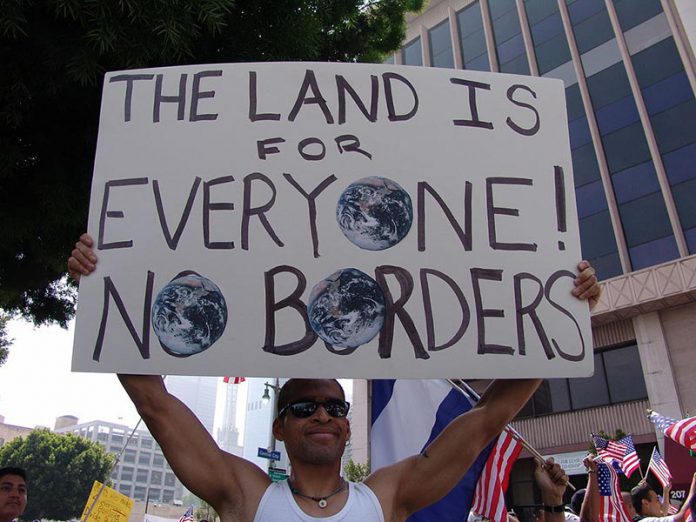 Lately, I have been forcing myself to think about any positive aspects that the current administration is bringing to our lives — a silver lining, if you will — and if anything, I have noticed how people are increasingly becoming motivated to find ways to preserve democracy. One of the things that the new administration has done for the Brazilian community on the Island is to motivate them to show up to meetings where they can educate themselves about their rights, and learn ways to promote the wellbeing of their kids.

On Sunday, I had the opportunity to participate in a meeting held at the Charter School for Brazilian parents and other members of the community in support of their causes, with Superintendent Matthew D’Andrea and English Language Learners director Leah Palmer.

A couple of parents shared experiences in which their kids suffered severe discrimination, and at the moment they were sharing these experiences, I looked around the room and saw how it profoundly affected the people in attendance; some of the American folks present shared instances in which their kids had suffered bullying, and how they supported their children. The parents and other members of the community expressed their concerns about raids in schools and the safety of their children.

I reached out to Matthew D’Andrea and MVRHS principal Sara Dingledy for statements and information that might bring relief to parents who are feeling worried about what the future holds. I also spoke with immigration attorney Rebecca McCarthy for information on what to do in case parents get deported.

Rose Murray, who works for the Martha’s Vineyard Community Center, announced that the Brazilian Consulate would be on the Island on April 22, and the location will likely be the cafeteria or library at the high school. She advised that folks keep an eye out for when online scheduling with the consulate becomes available so that parents can address issues such as guardianship.

“Since every family’s situation is different, I would highly suggest that individuals talk to an immigration attorney now to see what options may be available to them should they be taken into immigration custody. It is important to understand that even if someone is put into deportation proceedings, they aren’t necessarily going to get deported. Depending on the individual’s situation, there may be applications that can be filed with the court to stop the deportation. These are applications that individuals have a right to file under the immigration law.”

The second paragraph of Ms. McCarthy’s checklist suggests making a child and family preparedness plan (as was discussed on Sunday at the Charter School meeting). In Massachusetts, there are forms that parents can sign, giving another person authorization to make decisions regarding their children’s education and medical needs. Signing a caregiver-authorization affidavit, for example, does not mean that the parent is giving up any rights to their children, but rather is authorizing someone else to make these decisions if the parent is not available to do so.

Ms. McCarthy’s advice continues, “As a parent, regardless of your immigration status, you have the right to make decisions about your child. Signing a caregiver-authorization affidavit or a power of attorney form is a way to show whom you want your child to live with, or whom you want to make decisions about your child if you are not available to do so. I understand that these are stressful issues to discuss as a family, but it is so important to be educated about the rights that families do have.”

“Our primary goal is to keep our students safe — safe emotionally, psychologically, and physically. We value communication with parents to ensure that we are all on the same page and that students feel safe at school. We survey families to make sure we are doing everything we can. We have curriculum, policy, and procedures in place to ensure that students are not bullied. When a bullying incident is brought to our attention, we investigate immediately and address the situation. Our staff and administration have no tolerance for bullying in our schools.”

“Parents are always welcome to come into the building — their passports are a valid form of ID. As a school, we do not share school information about students or parents with any entity outside of the school unless there is parental permission or a legal warrant.”

The school has a Portuguese line. Parents can call this line at any time with any concerns they might have, and we will do our very best to address their worries. The number is 508-693-1033, ext. 277.

There will be a meeting of the All-Island School Committee on Thursday, Feb. 23, at 5 pm in the MVRHS library conference room. If you would like to come and voice your support for immediate, public, districtwide action to address the rise of hate speech and bullying in the schools, and for the swift implementation of a K-12 Immigration Campus Safe Zone Resolution as recommended by the American Federation of Teachers and the National Education Association, you can join We Stand Together/Estamos Juntos MV representatives, Brazilian parents, and community members in attending this public meeting.

On Tuesday, there was a video which was widely shared among Brazilians on the Island showing Nantucket police cars and, allegedly, Immigrations Customs and Enforcement (ICE) cars.The video was taped by a Brazilian national, narrating that there were individuals hidden in the bathroom and that Hispanics and Brazilians had been picked up and were going to be deported. No one knows when this video was taped, and if indeed whatever the person was saying was true, but it disrupted many members of the Brazilian community and brought a lot of worries. Many of the English students of the program headed by Jean Burke at MVRHS didn’t go to school because they were afraid that immigration officers might be on the streets. Some asked for rides or asked friends who have a Massachusetts license to drive behind their cars to make sure that they would be OK.
Late Tuesday, many Brazilians kept trying to find out if the immigration officers were on-Island via Meire Nunes, the woman who hosts the Brazilian Facebook group Brazukada; they were wondering whether to send their kids to school, or go to work, as the rumors were that ICE officers would be at the airport and in front of the high school.

A Day Without Immigrants

Last Thursday, A Day Without Immigrants was held nationwide; many Brazilians on-Island participated, and some Brazilian businesses closed in support of the cause. It was a day that immigrants didn’t spend any money, open their businesses, send their kids to school, or go to work. For one of my periods at the MVRHS, all of the students stayed home.
Paulo Miranda, Island Fresh Pizza owner, said that he closed his doors because even though he will likely not be affected by the new immigration orders, he will always be an immigrant, and stands in solidarity with those being impacted by what is going on.