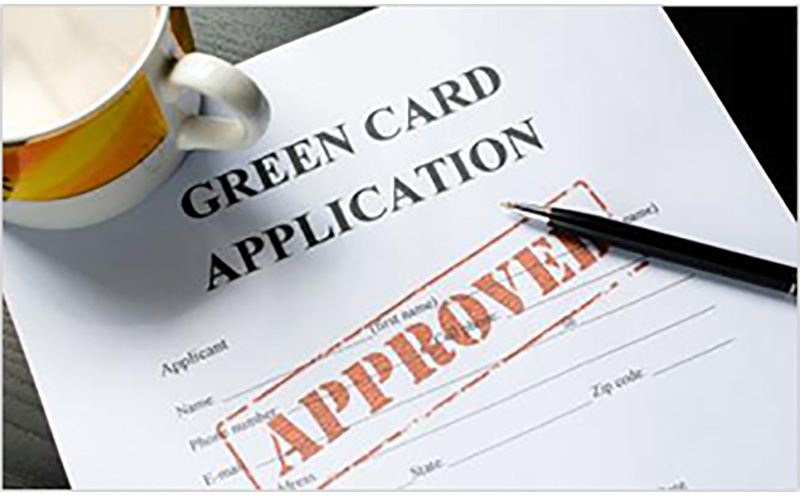 Lately, I’ve been thinking a lot about how to best write about my perspective on immigration. I have always found that the subject brings reservations, whether for the person sharing about their status and their attempts to become legal, or for the people who were born in the United States and generally don’t know what it takes to become a legal alien in the U.S., or what a path to citizenship might even be.

I also hope that readers absorb my perspective in the spirit in which it was intended, not to favor any point of view, but merely to provide information, even if limited, so that people can have a better understanding of questions such as, “Why don’t all these immigrants just become legal?”

I will always believe that conversation, peaceful dialogue, and the exploration of multiple viewpoints — a broader knowledge — can bring people closer together, even when viewpoints appear opposing.

I want to acknowledge that asking why people don’t just become citizens, or whether people without legal status can get public benefits that U.S. citizens cannot, are legitimate questions.

To become a U.S. citizen, other than by birth, one must first become a lawful permanent resident or, as it is commonly known, a “green card” holder. If you are applying for citizenship through marriage (you’d have had first to obtain a green card), the process will take roughly about three years between a temporary and permanent green card. If you apply for a green card under two years of marriage, and your case is accepted, you will receive a temporary green card, which is valid for two years and 90 days before the temporary green card expires, you have to file a form with supporting documentation of the veracity of your marriage to have the conditions removed. If this petition is accepted, the individual will receive a letter extending the temporary green card benefits for 18 months, which is currently the time it takes for the U.S. Citizenship and Immigration Services, USCIS, to verify if all boxes are appropriately checked, and then a permanent green card will be granted, which would allow you to apply for citizenship.

The current administration has actively sought to eliminate or to limit options 1 and 3. The new term used in the attempt to rebrand option 1 is family-based immigration. If you do not qualify for one of the three options mentioned above, well, then there is no line to get into to become a permanent resident and eventually a U.S. citizen. Therefore, if you are not married to a U.S. citizen, have a U.S. citizen sibling or a U.S. citizen parent, or have a degree in a unique area, you very likely can never become a citizen of the United States.

On June 15, 2012, former President Barack Obama established the Deferred Action for Early Childhood Arrival, or DACA, as it’s popularly known; he did not create a path to citizenship for these young people, because the president, acting through his authority as head of the Executive Branch, cannot create a path to lawful permanent residency and eventually U.S. citizenship without a law, which has to be passed by Congress and then signed by the president. President Obama created the more limited DACA program through executive action because earlier that year, Congress had for the 11th year in a row failed to pass the Dream Act, which would have created a path to lawful permanent residency, which would have led to U.S. citizenship, and because DACA was created through an executive action, Donald Trump, as the new president, was able to end the program, also without an act of Congress, in the fall of 2017.

As for the question of immigrants receiving public benefits, only a U.S. citizen can obtain all types of federal benefits when they qualify for it. Even lawful permanent residents (green card holders) don’t have access to a lot of public benefits, and that’s because green card holders have to have a sponsor — who must show that their household income is equal to or higher than 125 percent of the U.S. poverty level for their household size. Such sponsors remain financially responsible for the green card holder until they become naturalized U.S. citizens or can be credited with 40 quarters of work (usually ten years). Even if a person who acquired a green card through marriage gets divorced, their former spouses or sponsors remain financially responsible for them until they become naturalized citizens or can be credited with 40 quarters of work. Also, a lot of undocumented immigrants work under an individual taxpayer identification number (ITIN), which is a tax-processing number issued by the Internal Revenue Service, and I have written extensively about it in another article, in case you are seeking more clarification as to how undocumented immigrants can pay taxes: bit.ly/2u7EUF2.

I am not stating that that is the case for every undocumented immigrant, that every undocumented immigrant pays taxes, but many Brazilian Islanders do so in hopes that should an immigration reform come about; they will be able to provide proof that they have been paying taxes and could potentially qualify for it. As for the DACA recipients, who are authorized to legally work in the U.S., and whose taxes are also withheld from their paychecks, will never receive public benefits such as Medicare because they are not U.S. citizens.

The following are the public benefits that undocumented immigrants can receive in the U.S.: public education for children in grades K-12, emergency room services, but only to the point where the patient is considered medically stable, at which point he/she is released, WIC assistance, which provides milk, food, etc., and is available only to pregnant mothers, assistance from police if they are the victim of a crime and call for help and assistance from a fire department. Children of undocumented parents born in the U.S. can qualify for the same public benefits as any other U.S. citizen if they are eligible through economic need or disability. But their parents or undocumented siblings cannot.

I understand people’s reservation regarding the immigration topic, and I would like to believe that perhaps it’s just lack of information. We, as human beings, all want the same for ourselves and our children; we are not as different as we might think we are, regardless of our political views. We all seek love, security, stability, quality of life, a better future, to create a home. It is my personal belief that in life there are all sorts of luck and opportunity and a genetic and geography lottery. I hope that this information is useful to those willing to read through this column. Please know that even this long summary leaves out a ton of detail, but I wanted to start the conversation at least.

If all of us in the U.S. would be willing to listen to one another’s sincere concerns and do our best to answer questions instead of just yelling at each other and together look for fair solutions — well, I think we’d move our nation forward a lot more effectively.

David White, artistic director of the Yard, reached out to tell me about a special dance and music event taking place at the Performing Arts Center in Oak Bluffs, this Saturday, July 14, at 7 pm. David wrote, “ Ephrat Asherie applies her extraordinary dance company, featuring a mix of hip-hop, street styles, house, and vogue in its movement materials, to the distinctive music of Brazil’s legendary composer Ernesto Nazareth, performed by Ephrat’s brother, the acclaimed pianist Ehud Asherie.” He said the Yard is seeking to program more artists with Brazilian roots and/or connections. Everyone’s invited to check out the performance.