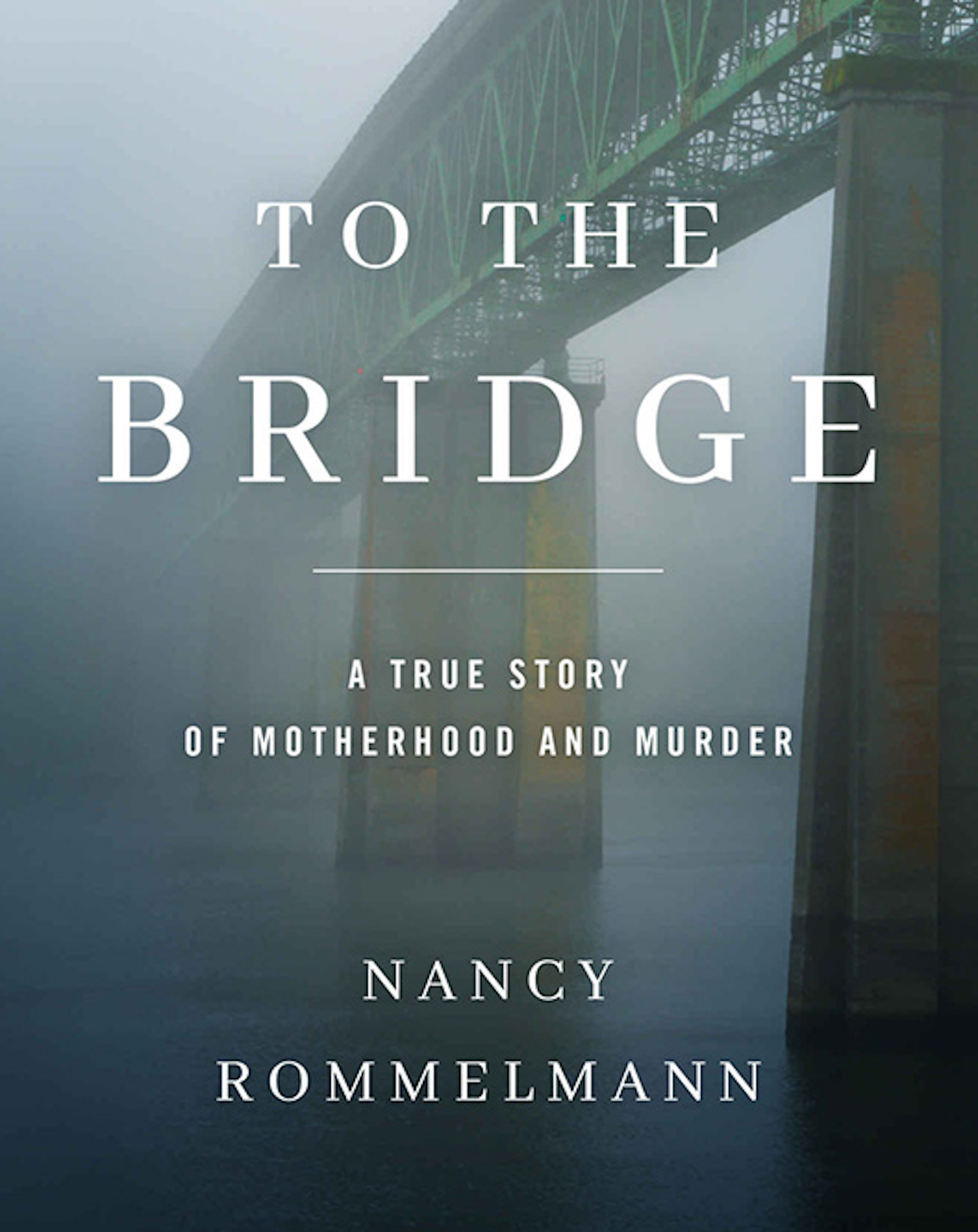 There were three ways to look at Amanda Stott-Smith — evil, crazy, and never to be understood. The 31-year-old mother brought her two children, Eldon and Trinity, to the Sellwood Bridge in Portland, Ore., in May 2009. She threw them off — Eldon drowned, and Trinity lived.

Journalist Nancy Rommelmann saw more to the story, and more to Amanda Stott-Smith. She embarked on a seven-year investigation of the case, uncovering truths and digging beyond the media headlines. Rommelmann’s book, “To the Bridge,” was released on July 1, and tells the untold story of a broken family, deception, and inevitable tragedy. She will be one of the featured panelists at “Islanders Write,” a writers’ conference on Monday, August 6, at the Grange Hall. The Times caught up with Rommelmann about her latest book, and what it takes to tell a story that tugs at the heartstrings of human nature.

What inspired you to pursue this story?

I’ve been a journalist for 20 years, and I tend to write long stories about issues people are saying are one way, but don’t look that way to me at all. I become intrigued, sometimes obsessed, and I have to go do the work myself.

What stood out to you most in the process of interviewing, studying documents, and unraveling a case that was considered closed?

It struck me how much secretive, illegal, and bad behavior had been going on for more than a decade. People in Amanda’s life allowed it to go on; they thought they were protecting the children. But you can’t take a life of lies and abuse, and expect for things to go right. It’s inevitable. If you keep taking one bad step off the right path, eventually everything will go off a cliff — or off a bridge.

Were there any interviews that struck you most?

There were so many, and they were extreme. They brought together the pieces of this story for me. The one that stood out most was with Amanda’s oldest son, Gavin, in 2015. After our conversation, I knew I had what I needed to finish this book.

Was it difficult to get people to open up?

Extremely. No one would talk to me for the first year. Part of that is legal; the case was ongoing. But as soon as Amanda was sentenced, everyone who wouldn’t speak to me started to reach out through phone, text, and email. I think there’s something in some people’s human nature that needed to talk about what they knew. Many thought they’d be able to testify in a trial, but when there was no trial, there was no one to talk to — so they talked to me.

How much of your time did the book take?

It took me seven years, and consumed me for the first year and a half. I’m a journalist, so I was working on other stories, and I put it away for a few years. I didn’t know how I wanted to construct this one — I wasn’t even sure I wanted it to be told. But I recommitted in 2014, got everything I needed, and wrote it.

As a mother, did you find it difficult to write a book about filicide?

I’ve written about kids in peril more than once — it’s not a beat of mine, but I’ve done it before. There are certainly times where it’s an upsetting story to report. I was sitting in a coffee shop once, reading a horrible case study. I was weeping and trying not to make noise. But that being said — I took this on as my job, and I had to do it. You don’t fall down on the job.

When I set out to write this story, my intention wasn’t to commemorate the children, but it happens in the process. Eldon won’t just be remembered as a statistic in a newspaper — obviously his family remembers it differently — but if we can bring him back a little through this book, I won’t be upset about it.

Were you the only journalist pursuing this case?

Yes, there’s no doubt about that. In mainstream media, they don’t pursue cases like this in-depth. Daily beat reporters have other stories to cover. But I was working as a freelancer, and I took this on as my own, with no deadlines. I was able to take my time with it. For the most part, the media comes up with judgement very quickly — we’re not going to understand it, she’s crazy, she’s evil — and then they move on. And that’s OK. But for me, I needed to tell a fuller story.

Considering the subject, do you think readers will have a tough time with this book?

It’s certainly not a light topic, and there are more pleasant neighborhoods to hang around in than where mothers kill their children. But I don’t think we lose anything by trying to understand how this happens. Gaining insight into despair is a good thing. Rather than closing the door and saying, This can’t be understood, I think it’s better to try.

You narrate a vivid story, describing characters, scenes, and past events as if you were right there. Would you talk about the process of deconstructing and then reconstructing interviews that bring readers into real moments?

There are two tracks of storytelling in this book. One track is taking the readers through my lens, my process of reporting. The other track is told through stories. My editor said, I want you to turn these interviews into stories, and that gave me a lot of room to really get into these moments.

Let’s say, for instance, I’m telling a story of Amanda making dinner, and Jason [Amanda’s ex-husband] is screaming at her to remake it. A woman named Tiffany gave me that story in an interview, but I have hundreds and hundreds of documents to draw on that describe what the house looked like, and what Amanda looked like at the time. Because I did so much interviewing, I could retell moments with that level of detail. Of course, I’m fact-checking and double-checking those details along the way.

The book has been out for about three weeks; any initial feedback?

People tell me two things — that they read the book in two sittings because they couldn’t put it down, or they read in many sittings, because it’s heavy stuff to get through. Editorially, the feedback has been good so far. There’s hate mail, of course, which every journalist gets. But overall, it’s been selling pretty well.

After it’s all said and done, what’s your opinion on Amanda?

When I started the book, I had a good amount of empathy for everyone involved. You can’t walk into a project hating everyone. As I learned more and more about her, my opinions changed, and changed back. I think people want to see women who do something like this as people who aren’t in control — a psychological break. I think Amanda had agency; I think she had some control over what she did, and it was a choice that she made. There were certainly factors that pushed her to where she was, but ultimately, it was her choice.

In the book, you mention writing letters to Amanda throughout your process of reporting. Did you ever hear back?

Nancy Rommelmann will be one of the featured panelists at “Islanders Write,” a writers’ conference on Monday, August 6, at the Grange Hall.