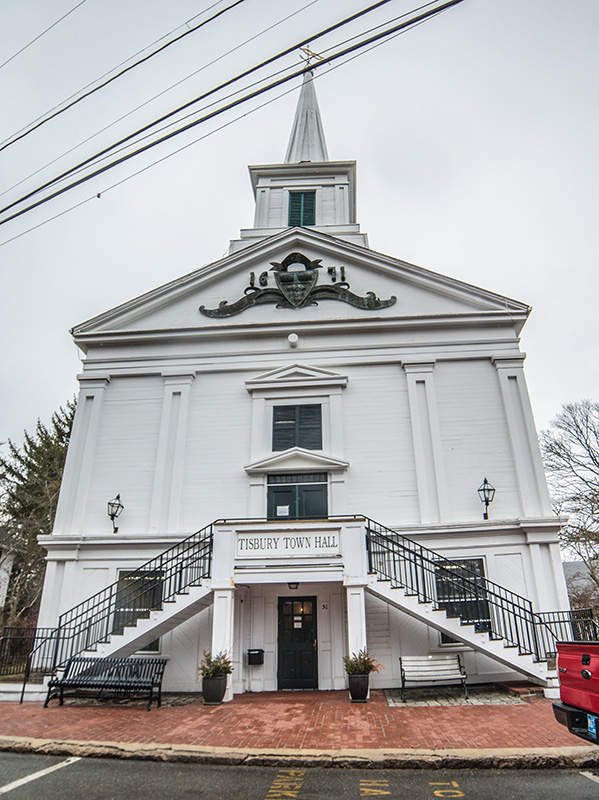 The white steeple that pokes out of the Vineyard Haven landscape is coming down soon, to be replaced by a new replica steeple modeled after the one that’s there.

According to Kirk Metell, facilities director for the town of Tisbury’s DPW, the old steeple will be removed sometime between Nov. 9 and Nov. 12. Metell is warning the public that there could be road closures of Spring Street, as well as noise from the crane used to remove the steeple.

The town chose those dates because it’s a holiday weekend and there will be minimal traffic going to and from town hall.

“After having a structural engineer go up and assess the steeple, we found rot and insect damage,” Metell said. “With it being so deteriorated, we’re worried about it breaking off in future storms. Once it’s down, we can have companies come and take a look at it.”

The steeple will be taken down and moved to the DPW facility, where those companies can take photographs and draw plans to replace it with a nonwood material, like aluminum or fiberglass, to cut down on future maintenance, he said.

The William Street Historic District has given the town 24 months to complete the entire project. The town hall and the Katharine Cornell Theater are, of course, part of the historic district in Tisbury.

The town is also hoping to restore and repair the bell, which no longer works. “We’re going to have the bell tested, and hope to reuse it in the future,” Metell said.

Taking the steeple down will use about $100,000 of the total project budget, he said.

Once the project is completed, the town plans to recoup some of the costs by selling the old steeple, Metell said.