On the third night of town meeting, Tisbury voters debated for several more hours before rejecting the article to create an Islandwide Housing bank, 75 to 115.

It took three full nights and a lot of discourse to finish the town’s business. Voters also approved a $28.9 million operating budget.

On Wednesday, Tisbury began deliberations on a Housing Bank, but hadn’t talked through the issue completely before adjourning town meeting that night.

On the opening night Tuesday, the town got through its special town meeting, which included a decisive vote to keep the town clerk an elected position.

Proponents of the Housing Bank, which seeks to take a percentage of the short-term rental tax, talked about the housing needs on the Island for working people.
“We all have a family member or friend looking to scale down,” Elaine Miller said. “We all know about the Island shuffle.”

Miller said the situation has been exacerbated over the years because of continued increase in cost of real estate. She said $500,000 is a lot of money for a home elsewhere in the country, but buys you little on-Island, if you can even find a housing option.

Miller said the lack of year-round housing has risen to crisis levels, and affects everyone on-Island; especially the elderly who find their family home is too large, or the young professionals that moved off the Island but now want to move back and live in their hometown.

“They are plumbers, electricians, gardners, EMTs, clergy, teachers, nurses, doctors, window washers when our husbands should no longer be on ladders — we want this to always be the rich community we enjoy, but we all need a safe place to live.”

She said many year-rounders are living in tents in the woods, overcrowded basements, and sleeping in their cars, just to get by.

Tisbury resident Holly Mackenzie told the audience about when she lived in a one room shack at Flat Point Farm, and got lucky when she bought land during a real estate crash.

“I had a great chance, and I took it. Now I’m a homeowner paying a mortgage,” Mackenzie said.

She said that, although the Island is beautiful and unique, it’s the community that makes her want to live here.

“The people that live here make this place special. We need to think of people as a resource and something to preserve as well, not just land,” she said.

Tisbury resident Matthew Hobart said he thinks it’s unnecessary to have another organization that deals with housing on-Island when there are already entities like the Island Housing Trust that work within that scope.

He suggested that limited access to credit makes it impossible for prospective homeowners to put a down payment on a home.

“We need to encourage home ownership on this Island, we need to be more sensitive to the economic realities that exist here,” Hobart said

Abbe Burt, a realtor from Tisbury, said she is concerned that the Martha’s Vineyard she has come to know is changing rapidly, as fewer long-term rentals are available every year.

“Short-term rentals have cut out the bottom of our real estate market,” Burt said. “I am deeply concerned about the Vineyard I love.”

Dan Seidman, who has been part of the organized effort for the Housing Bank, called the housing issue an Islandwide problem that requires an Islandwide solution. “I use the analogy of, if you open the door now, then in a year or two you can decide whether or not to walk through it,” he said.

Tisbury resident Deborah Buress suggested thinking more about the long term consequences of not joining the Housing Bank, and what it would mean for the Island’s young people.

“You’ve got to look toward the future in this matter; not just today, not tomorrow, you need to think 20 years from now.”

Town leaders have not been sold on the idea.

“We don’t know if Tisbury will make another dollar after this is implemented,” selectman Jim Rogers said. He said most of the commuters he sees travel to the Island willingly.

According to Rogers, there are many flaws in the setup of the Housing Bank, particularly the additional administrative expenses involved with staffing the agency.

“In addition, some of the Island towns don’t get involved with charging hotel and meals tax, so they will not be putting any money into the fund but will get an equal vote of every other town,” he said.

“Please be aware of the wolf dressed in sheep’s clothing, this will take money from the town, please vote no on this issue,” Rogers added.

Selectman Melinda Loberg said two of the largest towns have already voted down the Housing Bank, leaving Tisbury in an awkward financial position. “I worry about extra costs, with so much of the cost obligation lying on Tisbury if we pass this article,” she said. “Being part of this Housing Bank is fiscally unhealthy for us.”

Rob McCarron wondered if Governor Charlie Baker’s signing of the expanded short-term rental tax bill caused the town to rush their judgement in this process.

Miller said the selectmen will have plenty of time to gather information about tax revenue generated by the newly imposed short-term rental bill.

Once the Housing Bank legislation is finalized, Miller said the decision will come back to the town for a valid vote.

“If, after all this time, you find the article does not fit our original objectives then we can vote accordingly,” Miller said.

In other business, voters rejected a shared building commissioner’s position with Oak Bluffs. It’s something the town has been trying to work out to save money. “We are really trying to plan for the future,” Rogers said. “We want to be more involved with the town of Oak Bluffs and build on the relationship we already have.”

Peter Goodale Jr. asked what the difference would be between a shared building commissioner, and a local building inspector. “I’m just confused as to why an entirely new position has to be created,” Goodale said.

Town administrator Jay Grande explained how, for many larger building projects, the town had to hire an off-Island consultant who had enough qualifications to do the job.

“A shared services concept should really be pursued,” Grande said.

But the town’s current building inspector spoke out against it. “I’ve done a lot of research on this question regarding merging and subsequent hiring of a multi-town commissioner,” Ken Barwick said. “I just want to say this, no one can serve two masters.”

Voters were more receptive to an assistant fire chief. “The mandatory retirement age for a fire chief is age 65, so next year I will be retiring and want to create this position,” Fire Chief John Schilling said, noting that the position would assist with new OSHA requirements, inspections, and provide some continuity in the transition to a new chief.

The funds will pay for development and maintenance costs of a new and improved E911 communications system, which the sheriff has been pursuing since last spring.

Rogers questioned whether the proposed cost-sharing formula is as refined as it needs to be in order for him to make a decision.

“I’m not comfortable with paying this right now. I would only fund this with the caveat that no money will be given to the sheriff until committees determine what type of formula is right.”

Updated with coverage of the third and final night of town meeting. -Ed. 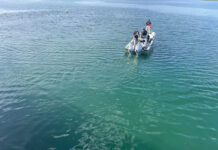 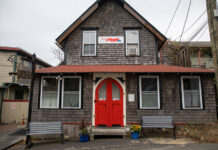 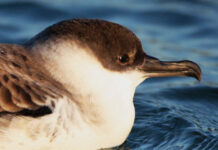