As an immigrant who’s from a country where police officers aren’t perceived as helpful and ethical, I am so appreciative of the experience I had this summer. I had such a positive and enlightening experience and got to see what it truly is like to be an officer on this Island and country, and what they do and how much they sacrifice and put their own lives at risk. There is so much that happens on this Island that we, the community, have no idea. As a young man who is about to go to college in two weeks, I can say that not many career paths allow one to say that they save lives for a living in the way that EMTs, firefighters, first responders, and police officers can say every day they go to work. It is not always in the format that movies portray the profession — it is often in much more impactful ways.

I was not familiar with Edgartown at all before working for the Edgartown Police Department, and it was so nice to see another aspect of the Island, the place in which I grew up. As traffic officers, we have a pulse on the Edgartown community, such as the relationships we build with folks whose houses are close to the Chappy ferry, business owners who allow us to refill our water bottles, use their restrooms, etc. It is pretty nice to belong to the community in this way.

The one aspect that was let’s say, challenging was the ticketing process. Some employees in Edgartown prefer to park near their work, and they can’t park their cars in their chosen spots for eight hours. They didn’t seem to appreciate that we were following the law, and I don’t think that they appreciate us all that much. I can understand where they were coming from, but at the same time, I was hired and trained to do a job, and it wasn’t personal.

The other cool element of this experience was being able to connect with members of the Brazilian community, the people who work in Edgartown as landscapers, etc. I always spoke to them in English first, so as not to make any assumptions, but if they didn’t understand me, I’d talk in Portuguese, and they would immediately lighten up and be, I guess, proud to see a Brazilian in the police force. Another experience was when I got to explain to my dad, who had recently been pulled over, and even though he had nothing to be worried about, for immigrants, regardless of their legal status, undocumented or not, the sight of a police car is never something you want to see behind you. I was able to talk with my dad from the inside perspective. Police officers are not out to get immigrants; they are doing their jobs, abiding by the law, being honorable. Even if the sight of a police officer is anxiety-provoking, immigrants should not perceive them as the enemy. I was blown away by how nicely I was treated and trained. It has taught me lessons that I will have for life. I’d like to also give a shout-out to Doug DeBettencourt and Zack Moreis, who were extremely helpful to the first-year officers, and made being part of this team even more meaningful.

It has been about two months that I have worked for the Edgartown Police Department, and I was so lost in the beginning, because I didn’t know the name of the streets and I am supposed to be the person people can ask questions, but it was just in the first two weeks, then I started to get used to everything, and now I know almost everything.

This experience has taught me patience. People don’t always seem to appreciate having to follow the rules. As an example, we would ask people not to bike on the sidewalks, and they’d pretend that they didn’t hear us, or when you give a ticket to someone because they parked their car in a spot for longer than it is permitted and then they get impatient with you. The other scenario, which was to be expected but that regardless still is challenging to work through, is when you have to give a ticket to someone who works in downtown Edgartown. I genuinely feel for them, but they cannot park their cars downtown for more than what is permitted. The rules are for everyone. I know that they are working, but so am I, and the people who summer on the Island and contribute to the livelihood of these businesses and the year-round residents would also want to be able to park their cars downtown to explore the town and shop. It is difficult to be seen as an enemy when you are just doing your job.

I feel that I have matured a lot in this job; I am much more responsible. It has given me the confidence to establish boundaries. Also, I had to learn to be very conscious of how I treat people and the politeness that this job requires, which now permeates every aspect of my life. How I behave can negatively or positively impact the Edgartown Police Department, and I must honor the trust they placed in me.

I am genuinely appreciative of every officer in the department, they have been so kind to me, and I am at a loss for words to thank them for their generosity. Chief Bruce is the most helpful person. I think that my parents, especially my mom, are even happier than I am that I had this opportunity. My mother didn’t have as many educational opportunities in life, certainly not the ones I have, and it was her dream to be a police officer since she was a child.

As I head into my senior year, this job has also given me a glimpse into what a police officer does. I see the world differently. There was so much I didn’t know, and now I am aware of all of these other paths I can follow, and all the ways in how I can contribute to society.

Having Reinaldo (“Junior”) and Stephany join our team has been a real treat this summer. Both of them quickly found an excellent balance between the customer-friendly atmosphere we strive to foster with our employees while at the same time taking on the difficult task of regulating other people’s conduct, and oftentimes in a manner which the public doesn’t necessarily appreciate. It’s a real challenge for young people sometimes; however, I’ve observed them both take their duties of enforcing parking regulations, and more important, assisting the throngs of pedestrians who enjoy our downtown area, very seriously.

As the Edgartown Police Department published this year’s employment announcement for our seasonal staff in both English as well as Brazilian Portuguese, we couldn’t be happier with the addition of Stephany and Reinaldo to our department. Both have used their language skills, and also their relationship to the Brazilian community, to advance our overall efforts to reach out to the Island’s immigrant community. A number of Edgartown Police officers have now elected to take language lessons in Brazilian Portuguese this fall.

It is my sincere hope that Stephany and Reinaldo’s experience working alongside the other Edgartown Police personnel might sow a professional seed in each of them where they might one day consider a career in law enforcement, serving our Island community. Many current police officers initially began their career when they were young as traffic officers, and the Edgartown Police Department would be lucky to one day have them join our uniformed ranks. 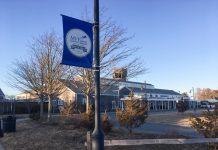 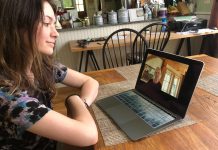