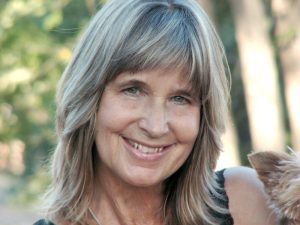 Nancy was born March 2, 1946, in Hartford, Conn., daughter of Ralph K. and Nancy French Safford. She attended the Day Prospect Hill School in New Haven and Emerson College in Boston. As a child she spent summers on the island of Martha’s Vineyard with her family.

She was an avid photographer, and worked at Magnum Photos in New York City after college, and for a short time as darkroom technician for Austrian-American photojournalist Ernst Haas.

From New York she relocated to the Vineyard as a young adult. She helped raise builder Alan Miller’s children, Tina and Andrew, during the time he built the Black Dog Tavern, while she pursued her interest in photography. The culmination was her book, “Time’s Island: Portraits of the Vineyard,” a collection of black-and-white, high-contrast photographs and oral histories documenting the last vestiges of an earlier era on the Vineyard. It was a groundbreaking history of the Vineyard, published by MIT Press in 1973.

She took her photographic interests to the Limousin region of France, and spent two years as a guest and worker on the sheep farm of Miranda de Toulouse-Lautrec, photographing and collecting the stories of French farmers with an eye toward publishing a second book. Although the photos were “hauntingly beautiful,” New York publishers were not interested in a book with such a limited market. She also photographed “Cowgirls,” the ranching and women rodeo riders in the American Southwest, for another planned book. It was her genuine interest in the lives of the people she photographed, and their connection to the land, that is evidenced in her photography.

She became involved in the early years of studio-based holographic art in New York, and brought her work to New York State schools as an interdisciplinary approach to education, and developed a similar program on the Vineyard at the West Tisbury School. When she moved to the Southwest, she received a grant for a similar program with sixth grade students at the Native American public Indian School in Santa Fe, N.M.

Ever the innovator, and not afraid of reaching out to unknown worlds, Nancy pursued her interests from Martha’s Vineyard to upstate New York, and the eastern mountains of Arizona, before settling down in her own spiritual paradise in Sedona. Here she met Robert Shapiro, who became her guide and teacher. They soon were married, and although the marriage lasted only a few years, they remained true friends.

In Sedona, Nancy became a professional guide, dedicated to empowering others to connect with their spiritual side by direct experience. She assisted people in exploring the famous Red Rock vortices, and also began facilitating women’s circles as an ordained Priestess of the Mary Magdalene Mysteries. She began guiding people on life-changing pilgrimages to sacred sites in southern France as a bilingual guide, so they could experience a more conscious, authentic relationship with their true inner spirit. Nancy was also a shamanic healing practitioner, and a clairvoyant reader who helped guide journeys of past-life regression and personalized ceremonies.

In 2017 Nancy published a spiritual memoir-based adventure story, “A Magdalene Awakens, Hidden Temple Secrets,” beginning with the red rocks of Sedona, ancient sites in Glastonbury, England, and then the famous Rennes-le-Château area in southern France. Here you will step into little-known historical worlds, still active with angelic beings and ancient temples, where secrets have been guarded for millennia.

Nancy’s quest included both the warrior monks called the Knights Templar, who carried back mysterious treasures from the Holy Land, and the Cathars, who possibly were carrying wisdom of the Essenes. While on a journey to Scotland, she was inducted into the Knights Templar as an honorary member.

Nancy recently told her niece Sarah that at a young age, her father told her “she could do anything that she set her mind to.” And she did.

She was predeceased by her parents, and stepmother Sally S. Safford. She is survived by her two sisters, Leila Corbitt and her partner John Aucoin of Point Reyes Station, Calif., and Susan Safford and her husband Tony Omer of West Tisbury, and her brother Kirkham Safford and wife Kristine Larsen, also of West Tisbury; her nephew Kirk Safford, nieces Jessica Corbitt and Sarah Omer, great-nieces Bianca Zogbi and Clementine deForest, and great-nephews Leroy and Gabriel Wong-Safford.

Blessings and much love until we meet again, dearest sister of the Light.