S.B.S. — Smith, Bodfish, and Swift — was once an extensive Island chain. Their flagship store was a grocery on Main Street, Vineyard Haven, under the shade of the Linden Tree, but at the height of their enterprise, they also had a grain store on Water Street, a bakery at the edge of town, and branch groceries in both Oak Bluffs and Edgartown.

The business was formed in a grand merger in 1910 of three successful Vineyard Haven groceries: Swift Brothers, Bodfish & Call, and Look, Smith & Co., under the joint ownership of Art Smith (1867-1952), his twin brother Burt Smith (1867-1954), William Bodfish (1864-1924), and William Swift (1860-1936). The company inherited its Water Street grain store from Bodfish & Call, which had bought the facility from Albert Rotch. As it still does today, the grain store sold hay, grain, feed, and poultry and farm supplies; Rotch continued on as manager for several years under S.B.S. ownership.

By the early 1940s, several members of the Campos family worked at the S.B.S. grocery store, including siblings Ernest, Florence, and Evelyn Campos, three of the 14 children of Azorean immigrants Manuel Campos and Maria Viera of Vineyard Haven. Ernest Campos (1916-1966) was nicknamed “Fat” — perhaps to distinguish him from local painter Ernest L. Campos (or his son, Ernest “Sonny” Campos) — but “Fat” was not actually overweight, at least in his younger years. “They called him ‘Fat’ because he was just the opposite — skinny,” writes his grandson, Ed Gentle of Edgartown.

The late Basil Welch worked for S.B.S. in 1942. In a series of interviews with Stan Lair in 1981-82, expertly digitized recently by oral historian Laura Noonan of the Martha’s Vineyard Museum, Basil tells some colorful stories about his coworkers at the S.B.S. grocery:

“They had the truck Fat Campos used to drive. It went to Chilmark. It was a big old van, a closed-in truck, all stocked with groceries and meats in the back. Fat used to drive it up-Island and peddle groceries all the way up to Gay Head.

“I used to deliver groceries around town, and then worked in the store in between deliveries. Fat worked there, and Dana Swift. Dana had the palsy. He used to shake, and Fat Campos used to call him ‘Shaky Jake.’ Art Smith didn’t have a hair on his head — Fat called him ‘Baldy.’ Winslow West was a meat cutter. Florence Campos, Evelyn Campos, and Mary Swartz worked in the office. Josephine Swift was in the back office because she did all the major bookkeeping for S.B.S. grocery store and S.B.S. grain store.

“We used to get molasses in the 50-gallon drum barrel, the big wooden barrels, and crank out a gallon or a quart, whatever the people wanted. You never left a gallon jug of full molasses at somebody’s house — you had to pick up an empty gallon jug to bring back to the store. Christ, we used to deliver kerosene, too. God, I hated that. Geez, you get a little bit on you, and you stunk all day long. But we had to deliver kerosene in gallon jugs for people for their kerosene lamps. It was quite a store, and old Art, he was a good-natured old cuss.

“Burt had the palsy, like Dana. He used to shake. He didn’t have the spring in this step that Art had. He had a stroke or something at some time, I don’t know what he had, but he moved like death warmed over. I used to have to go up and get him in the morning, bring him down to the store. The poor man. I shouldn’t have laughed then, and I shouldn’t laugh at him now, but almost every day I had to bring him home at noontime in the delivery truck. Old Burt would bring home a loaf of bread or a package of donuts or something in the paper bag, and he’d sit in the front of that truck, holding it in his lap, and his hand would be on it, and that bag would shake and shake and rattle, and he always wanted to take a little ride before he went home. Geez, that paper bag used to drive me foolish. But he was a nice fella.

“Winslow West was Jump Spark Jim’s son. He worked in S.B.S. grocery store on Main street and that’s where I came to know him.

“I used to deliver the groceries for S.B.S. The last job I had at night after the four o’clock delivery route was to take the rubbish to the dump. Well, sometimes they had me cleaning up and doing things around the store and Christ, I wouldn’t get to go to the dump till six o’clock and I was supposed to get through work at six. So I’d load up, go to the dump, and then I had to bring the trucks all the way back downtown, put them in the garage, and take my car, go right back up Edgartown Road, Skiff Avenue, go home for supper and then go out. So I used to come from the dump and go right home. After supper, I would take the truck back to the garage and pick up my car. Winslow saw the truck going through town one night on the way back to the garage, probably 7, 7:30. So he tattletailed to old Burt Smith that I was riding around the truck at night. Burt asked me about it. God, I was mad. I was madder ‘n hell, and I told Burt just what I did: I went to the dump, went home, brought the truck back. Well, he didn’t see anything wrong with that, he says, as long as you’re not just out riding around, he says, well I don’t see anything wrong with that.

“Well, I was so damn mad at Winslow, I told Fat Campos, I says, I’m going to get back at him someday. Winslow used to keep his car in the garage where we kept the trucks. By God, I went in there one night, put the truck away, and Winslow’s car was there. I went over and took the cover off his gas tank and peed in his gas tank. Christ, they had a hell of a time. They took the car down the garage and there was water and they couldn’t figure out how it went in and everything. They finally had to take the gas tank off and drain it out. Winslow always suspected because they smelled something terrible when they dumped that tank out. Winslow always suspected but he never could prove it, and I never admitted to it either, but I got back at him.

“When the S.B.S. store on Main Street closed up, I guess [Winslow] was one of the beginners of the co-op store which was down on the Beach Road next to Hancock Hardware, and he ran that for quite a few years until that finally went out of business.

“Dana Swift lived on Skiff Avenue, diagonally across the street from me. Dana and Josephine, they never had any children. Dana was bald-headed, although he always wore a cap or a straw hat, a skimmer, in the summertime, remember? He had ears that stuck out of his head sideways like you wouldn’t believe. He was skinny, and he wore knickers, plus-fours. And he loved golf. Dana was a nice guy. Worked at S.B.S. store I guess all his life. He minded his own business. He never drove a car, Josephine drove him.

“Josephine, poor soul. After Dana died, Josephine, I remember, she had one eye removed. She had a glass eye. She went to Grange one night. John Enwhistle and Mrs. Entwhistle picked her up. It was in the wintertime; of course it got dark at 4:30, 5 o’clock. They picked up Josephine, they went up the Grange Hall and they sat down for supper. I guess the people sitting across from Josephine kind of kept their heads right down in their plates. So finally somebody happened to look at Josephine, and they had the guts enough to say something to her. They said ‘Mrs. Swift, uh, would you come over here for a minute?’ So she got up from the table and went over, and they said, ‘Mrs. Swift, you have got your eye in backward.’ Poor Josephine. It was dark in the house and she couldn’t see very good out of her good eye, and she put her glass eye in backward, and she was sitting there at the table, this big white eye was staring at everybody. Everybody across the table had their heads down that plate, they couldn’t look at that. Poor soul. They were nice people.”

SBS closed its grocery store in the 1950s; the grain store, which eventually moved from Water Street to State Road, remains open today. Fat Campos found work as a butcher at Connors Market in Edgartown for many years afterward, as did his sister Florence and their brother Frank. 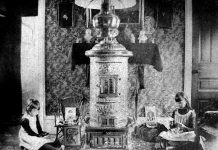 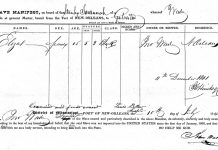