I have been wrong a lot of times in my life. I have been cynical and closed-minded and all of that. But NEVER have I been as wrong as I was about March 2020. I dug through my emails, and this is what I found that I wrote to my brain trust buddies at Mocha Mott’s on March 14, 2020.

Remember the serial killer Jeff Dahmer? Well, he killed and ate more people than have died in California to date.

Our risks of death by being eaten are greater than death by the virus.

I was so used to the big pharma companies going into hyperbole and scare tactics over this new kind of “flu” that I was certain it was a hoax just to sell their drugs. For a while, I thought that they had made up the disease because they had invented something that could cure it. Don’t laugh. They did that for nervous leg syndrome (NLS), a.k.a. Restless Leg Syndrome (RLS). Trexar is good for both, at $50 a bottle. There are dozens more drugs which claim the same results. So is getting up and walking around, which is free and has no side effects. So why not invent a whole new virus that came from bat soup? There could be money in it.

When I saw that China built two enormous hospitals within two weeks to take care of their patients, I thought, “Hmm, this must be serious.” But then I stopped worrying, because my president told me that only one case had been found in the U.S., and that I need not be concerned.

I began to think that since there was no cure for it and big pharma was not making any money from it, maybe it did exist.

I pooh-poohed the importance of the pandemic until it hit home. My dear friend, who was 65 years old, told me that she was at risk, and was going to self-isolate. Old folks were dropping off like flies. 65? She considered herself old. My son was practically 65, and I thought I was a spring chicken. I figured I’d better start taking some precautions. So I did the mask thing, the gloves thing, the hydrogen peroxide thing; I wiped down my machine when I went to the gym. I wore my mask in the hot tub.

I got to love wearing my mask, because then I didn’t have to wear my dentures. The gloves were cool, because if I moisturized my hands before I put on those rubber darlings, it smoothed out my wrinkly hands. Social distancing was nice ’cause now I could fart without detection. Staying home wasn’t too bad, because I could no longer drive at night, and nobody ever visited me anyway.

It wasn’t until the gym closed down, the pool closed down, and they started piling up body bags across the street from my New York City apartment that it dawned on me … hmm, this is some serious stuff. Folks started leaving the city in droves.

Friends of mine were intubated. Friends of mine have yet to recover. So, like everyone else who had the option, I fled to my true home, Oak Bluffs. I became “Vineyard vigilant.” I told perfect strangers on Circuit Ave. that they shouldn’t walk around without a mask.

I wanted the Steamship Authority to stop allowing “city slickers” on my Island without proof of quarantine. Actually, I wanted to stop nonresidents from coming over at all. I wanted all those pushy summer residents to go back to where they came from, and let me buy some toilet paper.

When the hospital announced that they had five cases, I almost flipped. “Close the borders,” I wanted to shout. “Don’t let anybody in, not even from Nantucket.”

I was extraordinarily ill at ease. I wanted to “dis-ease.” I wanted this disease to go away. I needed to know the truth. There was no way of finding the voice of honesty. Everybody seemed to see this phenomenon as a way to line their pocket.

People in authority, in my country, have lied to me so many times that everything was topsy-turvy. Will I ever forget the Tuskegee Syphilis Study? Is this a way for the conservatives to save money on Social Security? “Economic patriotism” is a movement whereby old folks should work, because if they get the virus, it would be like “taking one for the team” because you’re gonna die anyway, why not help American interests? (Meaning American financial interests.) This way, “the bottom line succeeds.” I swear to God, Seth Mandel said that in an interview in the Washington Examiner. As an extra added benefit, the government would no longer have to keep shilling out shekels for your monthly Social Security check. Why not put yourself out there in the public, so that a young person can live and play video games, and Wall Street can prosper?

The Federalist ran articles that said, “Probably almost everyone would be willing to live a somewhat shorter normal life rather than a somewhat longer life under current conditions.”

Glenn Beck said that he would “rather die than kill the economy.” That is his choice, not mine. He went on to say, “I would rather have my kids stay home, and all of us who are over 50 go in and keep this economy going and working, even if we all get sick; I would rather die than kill the country because it’s not the economy that’s dying, it’s the country.”

Why would I trust a vaccine that comes from these guys?

What choice do I have?

Clearly, I am a lousy soothsayer. I bet against Tampa Bay, I thought for sure insurrection was an impeachable act; I did not believe that the virus would go away during the summer; yet, there are almost 80 million people who disagree with me. That’s a lot of people.

Here we are a year later — what did I learn? Don’t leave the Island. It’s not called “magical” or “sublime” for nothing. It is, indeed, a safe harbor. 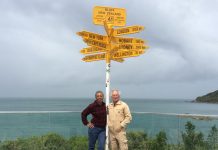 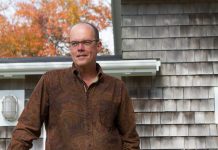 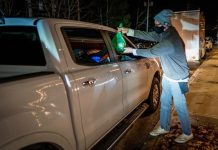