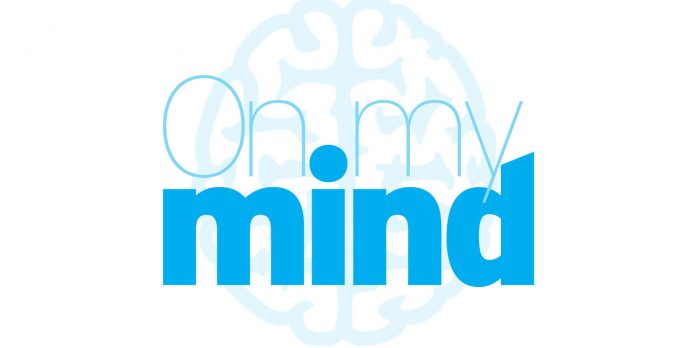 Though she kept it a secret from her mother and grandparents, on a typical night, a 17-year-old Martha’s Vineyard High School student was a blackout drinker. She was filled with shame about “sneaking around and lying,” but after losing her beloved father at the age of 14, she’d found that alcohol was an important source of comfort. Now, this young woman, Kelly McCarron (who has given me permission to tell her story here), is the program coordinator at the Red House, a Martha’s Vineyard Community Services program on the Martha’s Vineyard Hospital campus for people seeking recovery, and she is working toward getting a master’s degree in social work.

In the documentary “On Island” (onislandmv.org), Kelly recounts that as a high school senior, she was the driver in a car accident that killed her best friend. “Anonymity was not a luxury that was afforded me,” she told me. “Anyone with an internet connection could see it … But even if I could rewrite history, I would not want to keep it anonymous.” Non-anonymity made her “more vulnerable and honest, and that’s how people connect.” Kelly has made a career of telling her secrets, and now, at 29, she feels that there is nothing that she is unable to speak about. Being open and honest about her own experience, she says, “fills life with love … and the feelings are the same with everyone, across races, genders, religious beliefs, and cultures … It breaks down the barriers, the loneliness that exists between us. It simplifies life to an amazing degree, and it’s liberating. The feeling is fantastic.” While she still feels enormous pain and a sense of responsibility about the loss of her best friend, she also feels that she is honoring her friend’s memory by devoting her life to “doing something positive.”

As Kelly recovered from a brain injury after her accident, she discovered a depth of love and support from our community that she had never felt before. It was this, above all, that helped her heal.

I am reminded of the opening of the poem and song “Bluebird” by Charles Bukowski:

There’s a bluebird in my heart
That wants to get out but I’m too tough for him,
I say “Stay in there, I’m not
going to let anybody see you.”

There’s a bluebird in my heart
That wants to get out but I pour whiskey on him
And inhale cigarette smoke and the whores
And the bartenders and the grocery clerks
Never know that he’s in there.

A friend alerted me to a recent episode of NPR’s “Hidden Brain” called “The Secret Life of Secrets.” In it, psychologist Michael Slepian, a professor of management at Columbia Business School, tells about his 2017 study that found that the average person keeps 13 concurrent secrets, five of which have never been shared. Slepian put together a list of the 38 most common secrets, and found that 97 percent of the study’s subjects had at least one of the secrets on the list.

“Extra-relational thoughts” and “sexual behavior” are the most commonly held secrets. I have asked many people I know whether they have ever had the thought, “I am with the wrong person” or “I wish that I had married another person.” Almost everyone I’ve asked has told me that they have had thoughts like these at one time or another. Perhaps extramarital fantasies are universal. And perhaps when marriages go through tough stages, thoughts of getting out of a marriage are universal, too. People have told me, sometimes with a considerable sense of shame, that they have had the thought when a partner was late, “Maybe I will get lucky and he or she just won’t come home.” When one member of a couple in my practice has revealed that fantasy to their partner, it has always turned out that the other partner has had the same thought, and perhaps paradoxically, sharing the secret has brought them closer together. It has often led to productive discussions of the issues that fueled the fantasy, and enabled the couple to begin addressing those issues together. Forty to fifty percent of American marriages end in divorce. Perhaps if couples were better at unburdening themselves of their secrets, some would be able to work through conflicts and disappointments and keep their relationships intact.

According to Slepian, secrets come at an enormous psychological cost. He emphasises that secrets leave us alone, disconnected from others, and grappling with internal conflicts with which we need help. The most damaging secrets are those that are tied to shame — those associated with the fear that if others knew our secrets, they would be disgusted, and we might lose connection to them. Compounding this is the fact that secret-keeping often leads people to view themselves as inauthentic, which leads to more shame and further alienation from loved ones and community.

Secrets reverberate within us in an echo chamber. “We have all the time in the world,” Dr. Slepian says, “to simply think about that secret and for our mind to return to that secret again and again. And this is where the real harm of secrecy seems to seep in … It’s not necessarily the content of a secret that damages our well-being, it’s the rumination and worry about what would happen if the secret came to light that ends up being a burden.” Not to mention that clamming up about a problem prevents you from getting help for that problem from others. Slepian reminds us that “the act of sharing secrets with someone communicates to them, ‘Look, I trust you. I trust that I’m sharing something that makes me vulnerable with you.’ And that act of trust in some ways transforms this person from being a stranger to someone that we trust … We underestimate the power that sharing our secrets has on other people, and the effects that it will have on them in terms of their ability to respond well to us.”

Shame is oppressive. It interferes with the ability to sleep, to experience pleasure, and to move forward with our lives. As Kelly McCarron reminds us, and as the subjects of “On Island” show us, telling our secrets stops those secrets from clanging around in the echo chamber of our minds. It brings us closer to others, relieves our loneliness, and opens us up to the healing power of love and friendship.

Laura Roosevelt is a poet and journalist who writes regularly for Arts & Ideas magazine and Edible Vineyard. She currently curates The MV Times “Poets’ Corner.”

On My Mind: Pronouns, gender identity, and our community