There have been nine new cases this week — four on Sunday and five on Tuesday. The Island has seen a downward trend in new confirmed cases since there was an uptick at the end of March with 101 cases the week of April 28. In the following weeks, the Island reported 73, 77, and 61 cases before 45 cases were reported last week. 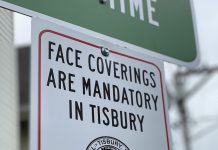