An early morning concert at The Ritz Monday was intended to celebrate the loosening of state restrictions to allow for indoor singing performances, but newly released guidance from the Alcoholic Beverages Control Commission (ABCC) makes it impossible for small venues to host shows.

With the new guidance, a slate of upcoming shows booked at The Ritz have been canceled, including performances from Johnny Showtime, Johnny Hoy and Delanie Pickering, and Rose Guerin.

Larkin Stallings, owner of The Ritz, told The Times during a phone interview that he found out about the new ABCC guidance from Island restaurateur, JB Blau, who was hoping to hold a show at one of his restaurants.

“The ABCC, in all their wisdom, have come up with some guidelines and standards for Charlie Baker’s proclamation for singing indoors, in which they basically revert back to the concert venue guidelines which require 10 feet of spacing in between entertainers, and 25 feet of spacing from entertainer to patron,” Stallings said. “As you can understand, that would probably work at a giant venue, but it could never work in any normal indoor restaurant in Massachusetts.”

Stallings said he believes Baker’s intention with his guidance was to bring indoor singing and brass instrument performances back to Massachusetts, and the ABCC guidance “basically makes his proclamation moot.”

Stallings is in conversation with his attorney, who is seeking clarification on the guidelines issued by the ABCC.

“The ABCC is the 800-pound gorilla in my industry. You cannot get sideways with the ABCC. They can pull my license and I have to go to Boston to get it back,” he said. “We are back to square one — I feel so bad because everyone was really excited about it. We got so much love for the show from our community and the musicians.”

In hosting the concert, Stallings wanted to start a chain reaction of live singing and indoor performances on the Island for bars and restaurants, but “now everybody has all their plans on hold.”

For Stallings, getting bands some much-needed gigs and offering a fun experience for customers is his main goal, and he said he hopes future guidance will allow him to offer those opportunities soon.

“That Sunday night was so magical. I had customers who were in tears because they were so happy to listen to live singing again,” he said. “It’s disappointing, but we aren’t giving up.” 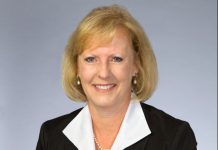