Big news, starting July 15, all working families in the U.S. will receive up to $300 per child every month until December of 2021. Ages 0-5 $300 a month and ages 6-17 $250 a month. Families earn up to $150,000 for a couple or $112,500 for a family with a single parent. What is huge is that mixed immigration status families also qualify if the child has a valid SSN and the parents an ITIN. If you filed your 2019 or 2020 tax returns, you don’t need to do anything, and you should automatically receive direct deposit payments or checks in the mail. If you didn’t make enough to be required to pay taxes, you could still sign up for the child credit at childtaxcredit.gov as well as for more information. There is not a way to read about it in Portuguese. However, there is one in Spanish which is very helpful: whitehouse.gov/es/el-credito-tributario-por-hijos.

There is an important article written by Times reporter Lucas Thors, explaining what the Good Samaritan Law PSA is; you can read about it in Portuguese after the version in English bit.ly/3AcGYN6. Marcio Santos created a video version in Portuguese, which you can watch here: bit.ly/3A4zrjz.

If you know of anyone struggling with addiction or issues related to alcohol, there is now an A.A. meeting in Portuguese every Wednesday at 7 pm at the Red House — 12 Beach Road, in Oak Bluffs. For support and questions, call or text 508-524-8136. The person answering speaks Portuguese.

I have written about the importance of a driver’s license for undocumented immigrants since the beginning of this column (2015). One of the immigrant community’s highest priorities is access to a driver’s license. Currently, 16 states allow some version of what is being proposed once again in Massachusetts: California, Colorado, Connecticut, Delaware, Hawai, Illinois, Maryland, New Jersey, New Mexico, New York, Nevada, Oregon, Utah, Vermont, Virginia, Washington, and the District of Columbia. One of the most talked-about points of the importance of such a license is public safety. Regardless of their immigration status, all Massachusetts residents would benefit from such a bill, including economically. One component unique to the immigrant community on the Island is that they don’t have access to the Steamship Authority excursion rates due to their lack of a driver’s license, making it extremely hard for them, leading to other consequential problems. The latest bill proposed is S.2289 malegislature.gov/Bills/192/S2289.  Gov. Charlie Baker opposes such legislation, and lawmakers would likely need a veto-proof two-thirds majority to override a potential veto. 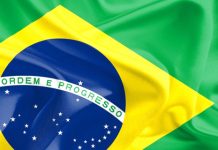 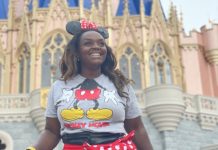 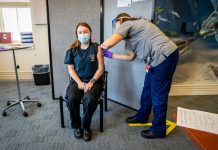