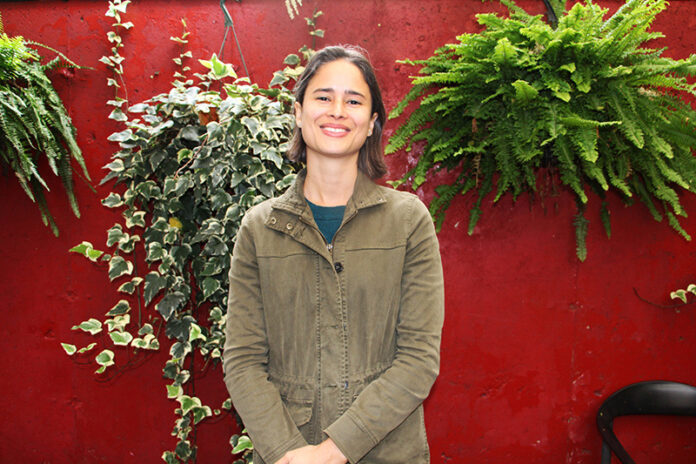 When I reflect on our Brazilian community on Martha’s Vineyard, I am filled with emotion. I feel a sense of awe when I think of the perseverance you and your families demonstrate through the innumerable challenges of your immigration journey. I feel heartbroken when I sense that Brazilian identity can become a source of shame for some of us while living in the U.S. I do not judge, because I too have harbored shame, and I do not believe we are to blame for its presence.

One difference between shame and guilt is that guilt results from behaving in conflict with your values, while shame arises from being rejected by others. Shame is imposed on us. We feel guilt when we believe we have done something wrong; we feel shame when we have been told that we are wrong. When I hear either Brazilians or Americans complain that “Brazilians discriminate more against themselves than their American counterparts,” I hear misplaced blame. We are not to blame for this discriminatory behavior, because the behavior does not originate from us. The behavior is a reaction to the shame imposed on us because of who we are. While we are not to blame, we are still the ones responsible for our behaviors and for changing them. If we are to change, we must respond to our shame with compassion and understanding. It is only by understanding the roots of our shame that we may be liberated from it.

In his book “Pedagogy of the Oppressed,” Brazilian educator and philosopher Paulo Freire described the phenomenon of self-depreciation as “internalized oppression,” and the act of discriminating against your group as “identifying with the oppressor.” He explains that the oppressed hear negative opinions about themselves from “the oppressors” so often that “in the end, they become convinced of their unfitness.” Minority intragroup discrimination in the U.S. therefore would not prevail without an oppressive history of European colonization, enslavement, and domination toward African and indigenous groups in the Americas, and this history’s legacy of aggression, exclusion and negative stereotyping against non-dominant groups continues to marginalize.

Today, Latin American immigrants in the U.S. are continually attacked by implicit and explicit messages, both nationally and locally, through media and community members, that they are ignorant, rude, vain, criminals, sexist, or unwanted (just to name a few). The book “Internalized Oppression: The Psychology of Marginalized Groups,” edited by E.J.R. David, explains how “the lasting legacy of colonization and U.S. oppression for Latinas/os is self-doubt, self-hatred, and assimilation.” The long-term psychological consequences include “diminished coping mechanisms, arrested ethnic identity development, and lowered self-esteem.” Between historical oppression and modern-day psychological assaults, it is no wonder that so many of us end up shaming ourselves and one another in an attempt to survive victimization, and/or rejecting or feeling conflicted about our own ethnic identity.

I am reminded of this concept of internalized oppression when I see Brazilians supporting policies and politicians that act against their interests. I am reminded when I hear of Brazilian parents keeping their children from learning Portuguese, even though bilingualism is culturally and economically valuable. I am reminded when I notice Brazilians feeling ashamed and shaming others when the negative actions of another Brazilian are posted in The MV Times as if the behaviors of one are representative of the whole.

Freire asserts that only the oppressed can liberate themselves, and in turn, they must also liberate their oppressors, who have dehumanized themselves in the process of dehumanizing others: “The oppressed must be their example in the struggle for their redemption.” That means we must understand the history and roots of our oppression, reject it, and speak a new and affirmative narrative about who we are as a people. We must build ourselves and each other up through our words and actions. We must retain and celebrate our Brazilian identity. These are the reasons I have chosen to write this piece and share my journey with you.

As I reflect on my experiences, I realize that my shame surrounding my immigrant status and ethnic identity developed early on. My family moved from Rio de Janeiro to Martha’s Vineyard when I was 7 years old. Very quickly, I learned to hide my identity out of shame and assimilated for self-protection. In elementary school, my teacher looked at my project, a collage about our lives, and asked me, “Where are the pictures of your family?” In the high school cafeteria, leftovers wrapped in tinfoil exploded onto our table as the words “Shut the f___ up, Zillys,” erupted from across the room. I avoided sitting at the Brazilian table from that day on. I solidified my decision after a friend broke his arm in a fight over the publication of a scathing blog post written about Brazilians.

The seeds of my intellectual insecurity were likely planted as I began noticing the absence of my Brazilian peers in my advanced classes in high school. The seeds continued to sprout in college after a friend told me she thought that “only people who got in based on merit deserved to be there, not those through affirmative action.” Already internalizing these types of sentiments, I declined an invitation to join the summer retreat program that supported the transition of first-generation and students of color to the campus. I felt like a traitor when my efforts to combat xenophobic remarks ended with an insult disguised as a compliment, “but you’re not Brazilian.”

What does it mean to be Brazilian? It encompasses a wide range of cultural identities and intersects with race, religion, socioeconomic status, sexual orientation, and gender. I can’t speak for all of us, but I can share my appreciation for some of what it has come to mean to me.

To me, being Brazilian means coming from some of the most beautiful places on earth. I was born in Rio de Janeiro. Rio is known for its beaches, where lush green mountains jut out of the ocean above miles of scintillating white sand. As a child, I loved playing with my cousins in the water under the scorching sun. When visiting Mantenópolis (the town many Brazilians on the Vineyard hail from), I so enjoyed riding through its rolling hills on horseback, learning how to pick coffee beans, and relishing in the beauty of the passion fruit flower.

To me, being Brazilian means cooking warm and nutritious meals for ourselves and our families every single day. Many of us flavor rice and beans with two handfuls of onions and a whole bulb of garlic. We enjoy many types of foods made from the cassava root, such as mandioca soup, aipim fries, and tapioca crepes. We gather with family and friends on weekends to barbecue picanha and enjoy one another’s company.

To me, being Brazilian means savoring the sounds of language and music. Bossa nova, a mix of samba and jazz, awakens and stirs feelings of both sorrow and ecstasy; it beckons you to your feet and your knees. And while I find ease in speaking English, I find much more pleasure in speaking Portuguese. It feels as though you’re singing a song, whispering sweet nothings, or reciting a poem, even when you’re just asking where the bathroom is. When I feel love, “Eu te amo” are the only words that accurately capture the true depth of the sentiment.

To me, being Brazilian means celebrating beauty. While vanity is considered sinful in some religions (and notably within cultures influenced by puritanism), in Portuguese, the word vaidosa evokes a positive connotation. I associate vaidosa with a lovely woman who treasures and cares for herself. Many wear clothes that show off curves, speak passionately, and let themselves move freely and unapologetically in dance.

I am filled with pride when I think of the Brazilians close to me. I revere my aunt’s tenderness and resolve to care for my grandmother as she suffered from Alzheimer’s for almost a decade. I hold my mother in high esteem, as I bear witness to her love for others, obvious in her dedication to ensuring that immigrants are less vulnerable to sickness and injury by helping them access health insurance. I marvel at my father’s great love for his family, shown through his herculean effort to rise out of poverty, escape violence, and toil away his very life and body so we never have to suffer as he did.

Perhaps love is the essence of the Brazilian spirit.

To my fellow Brazilians, I hope that you can recognize shame and respond to it with compassion and understanding. I hope that you can trust in your strengths, potential, and worth, and trace some of these qualities back to their roots in your Brazilian identity. I hope that we can lift ourselves and one another in our shared journeys.